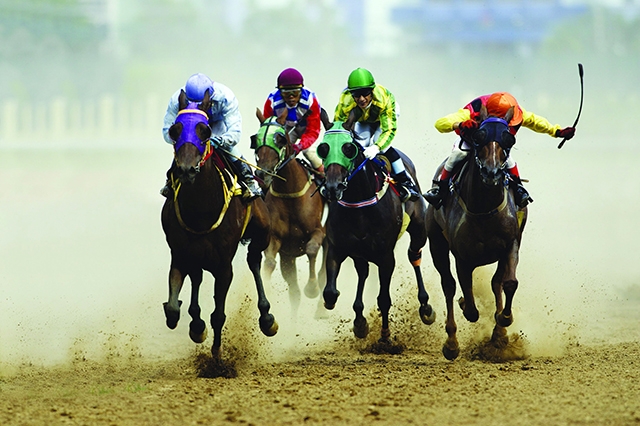 “Ground will be broken at the project shortly,” Ms. Nguyen Thi Dan Thao, Deputy Manager of the Investment Division at the Phu Yen’s Department of Planning and Investment, told VET on June 14.

The racecourse will be built on an area of more than 134 ha straddling An Phu and An Chan communes, including a grandstand, horse and dog racing tracks and a high-class tourism area.

The first phase of the project is expected to be completed next year and consist of the racecourse and half of the tourism area. The second phase will include the remaining facilities and be completed in 2019.

“Land clearance has been finished already and the investor can begin construction now,” Ms. Thao said. The area was previously set aside for a tourism project being developed by the New City Properties Development Limited Company from Brunei. After a long period of difficulties the company then proposed cutting down the size of the project, she added.

Once in operation the racecourse will contribute to the development of tourism and agriculture in the province. It will also create jobs for local workers, increase budget revenue, and bolster the province’s socioeconomic development.

The province suggested the investor closely coordinate with local authorities to quickly complete all construction and investment procedures as committed.

The Phu Yen Tourism Complex, developed by New City Properties Development Company, was initially licensed in August 2008 with investment of up to $4.3 billion.

After six years of difficulties the company proposed in 2014 that the area be reduced and investment capital be revised down to $1 billion and investment partners sought. Construction began one year later, in June 2015.

The government has delayed the licensing of projects relating to horse or dog racing out of fear of gambling leading to social evils. Since 2010 it has been loosening restrictions.

At its annual meeting in June last year the government discussed a draft decree on gambling on horse and dog racing and international football matches, submitted by the Ministry of Finance.

A range of large racecourse projects were approved, in Long An, Binh Duong, Binh Phuoc, and Lam Dong. Some of these have now been suspended while others have seen no movement.