2016 to remain tough year for Vietnam's stock market
Vietnam’s stock market is forecast to face a range of hurdles in 2016, said Vu Bang, Chairman of the State Securities Commission of Vietnam (SSC) at a ceremony to round out the top ten stock market events in 2015 in Hanoi on December 28.
Go Back 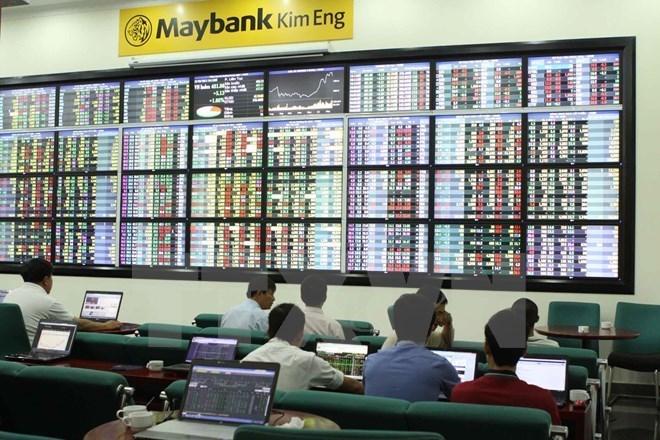 The official said in 2015, the Vietnamese stock market suffered from impacts from the outside, especially China.

Investors withdrew their money from the market following China’s stock rout and the US’s interest rate adjustment, he added.

Pressures stemming from domestic currency depreciation and unstable global oil prices, to name but a few, also contribute to sparkling worries over the Vietnamese stock market.

Against the backdrop, a string of solutions have been put forth , Bang said, citing the Government’s issuance of Resolution No. 60 to encourage the inflow of foreign investments.

Le XuanNghia, an economist, said the domestic securities market will remain stable until the end of the first quarter.

The biggest challenge facing local businesses lies in joining capital and technology value chains after Vietnam engages in the Trans-Pacific Partnership (TPP), he said, suggesting them seek partners in this field.

Le Minh, Deputy General Director of the VietFund Management (VFM), said forex and interest rates are forecast to be the largest risks to the Vietnamese stock market in 2016.

However, he said, the State Bank of Vietnam’s flexible forex policy has eased investors’ worries.

The market is expected to perform better than it was in 2015, he said, noting thatmajor securities companies are predicted to grow by 18 percent next year.