2016 White Book shows optimistic outlook about Vietnam’s economy
The 2016 White Book with Vietnam economic updates released by Vietnam Report showed that Vietnam gained an impressive recovery in 2015, while the business circle remains optimistic about 2016.
Go Back 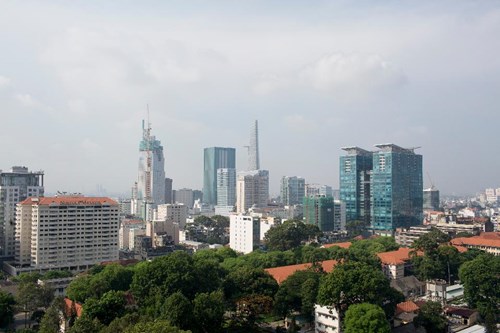 Despite the uncertainties in the world’s economy, Vietnam still could recover strongly thanks to the implementation of a series of policies to restructure the economy.

Following the growth trend in 2015, the government of Vietnam targets high 6.7 percent GDP growth rate in 2016 and the inflation rate of below 5 percent.

This means the government believes the economy will continue growing, while the macro economy would be maintained and inflation would be low.

The state budget balancing and public debts are still topics of interest in 2016 and upcoming years. Regarding international trade, experts believe there won’t be big changes.

Businesses also are optimistic about their production and business in the first quarter of 2016 and the next five years.

48.1 percent of businesses think their business performance would be better, while 9 percent are pessimistic, and the remaining think their situation would be the same as 2015.

Businesses were more cautious when asked about their business performance after five years, with 44 percent of businesses saying the situation would be ‘basically better’.

The White Book pointed out that Vietnamese businesses were optimistic about the effects of most of Vietnam’s TPP commitments on their production and business. 88 percent of businesses said the rules on antitrust and encouragement of healthy competition would have positive impact.

If the 14 advantages given in the questionnaire, businesses are most confident about ensuring stable supply. They also cited other advantages over TPP rivals, including the ability to adapt to new circumstances.

The impressive achievements gained by the Vietnam economy has been recognized by international institutions. Bloomberg, while highly appreciating Vietnam economy prospects, has predicted Vietnam would be the second fastest growing economy in 2016.

Forbes, in an article titled Vietnam: The Quiet Economic Success Story Of Asia some days ago also praised the great economic achievements gained by Vietnam. In 1986, Vietnam’s annual income per capita was $100, while the figure is $2,000 now.