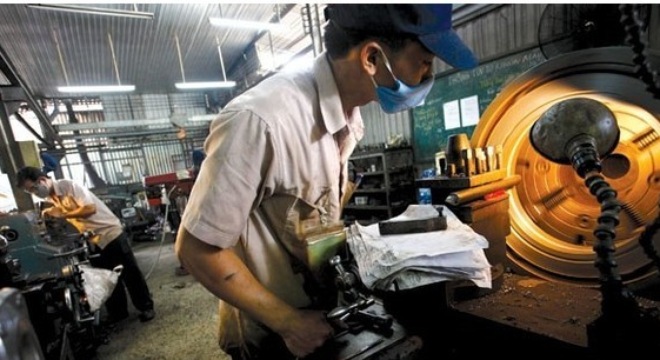 Nguyen Dinh Cung, Director of the Central Institute for Economic Management, said in 2016 the economy will continue to recover slowly so it should not be vulnerable to external impacts.

One of the reasons that he cited came from the past, when it was believed that the Vietnam economy would take off when it joined the World Trade Organization (WTO).

In fact, only in 2007 did the economy reach the targeted growth, and then economic growth fell later, most obviously in 2008.

Cung said that businesses should not put too many expectations on free trade agreements (FTA). The chances are available but if they do not improve their competitiveness, they will not be able to grasp the advantages offered by FTAs.

Therefore, Cung noted that, in 2016, institutional economic reform will continue, the business environment will improve further, but the speed and scale is still far from the requirements of the actual development.

The thinking and methods of state management will still lean on “control” and “inspection” rather than “promotion” and “support”. The ask-give mechanism will be still dominant.

Thus, business rights will be broadened, but the institutional and, cost risks will be unchanged. Lending rates will continue to remain at a high level, beyond the ability of many businesses.

Except for the foreign investment flow into Vietnam brought about by FTAs, other activities of the economy are still very difficult to predict.

Regarding interest rates, deputy governor of the State Bank of Vietnam Nguyen Thi Hong said that the banking system will still face difficulties next year.

Vietnamese enterprises are relying too much on bank loans, which puts more pressure on the banking system.

In 2016, the State Bank of Vietnam will continue to remove difficulties for enterprises. Accordingly, credit will still be concentrated on production.

Speaking about the development of Vietnamese enterprises, Hirotaka Yasuzumi, chief representative of the Japan External Trade Organization (JETRO) in HCM City, said that Vietnam needs to invest heavily in industries with advantages in the Trans-Pacific Partnership (TPP), as well as sectors with supporting industries.

He also advised Vietnam to boost investment in petrochemicals, iron and steel production to supply adequate inputs to other industries.

The Japanese expert also stressed that Vietnamese enterprises are weak in terms of business strategy; therefore, to improve capacity, they need the State’s support in terms of policy, especially policies for the supporting industry for SMEs.

“The Vietnamese Government has to strongly reform so the business environment of enterprises will further improve,” Hirotaka Yasuzumi said.