Home » Press » 2018 in review: A year of records for Vietnamese export sector

2018 in review: A year of records for Vietnamese export sector
Strong export growth and a better-than-expected trade surplus are the notable bright spots of Vietnam’s export sector, especially when the world economy was rife with numerous difficulties in the past year.
Go Back 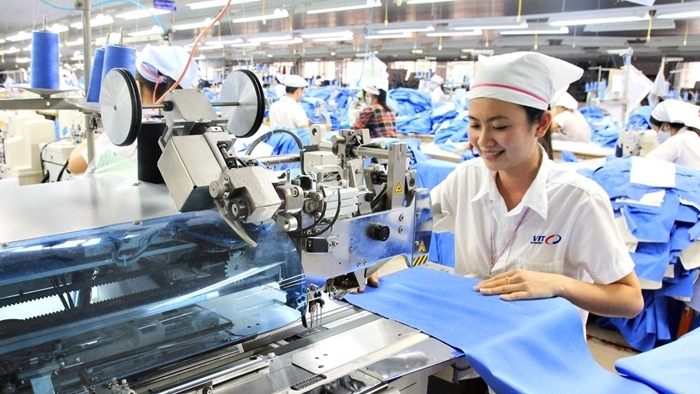 Garment was one of Vietnam’s key exports in 2018.

2018 was considered a successful year for the garment sector when its exports revenues topped US$36 billion, up 16.1% against a year earlier and the highest figure in years. Chairman of the Vietnam Textile and Apparel Association, Vu Duc Giang, said “Given the fact that in 2015 the garment sector’s export growth was 12.1%, before falling to less than 5% in 2016 and rebounding to nearly 11% in 2017, the 16.1% figure for 2018 was noteworthy, especially when competition between major exporters has not become less intense.

Last year Vietnam’s exports reached more than US$214 billion with a record trade surplus of nearly US$3 billion. It was good news but also a challenge for achieving a better result in 2018. At a conference outlining the tasks for 2018, Prime Minister Nguyen Xuan Phuc ordered the Ministry of Industry and Trade (MOIT) to have exports grow by 10% when the National Assembly’s target was only 7-8%. It was not an easy task given the increasing non-tariff barriers to Vietnamese goods and the escalating US-China trade war.

With a strong determination to realise the assigned task, at the start of the year, the MOIT began implementing a wide range of reforms including cutting administrative procedures and business regulations to best facilitate exporters. For example, a new government decree on rice trading formulated by the MOIT has made it easier for enterprises, including private ones, to enter the export market.

For their part, domestic exporters also made efforts to expand their markets, acquire more orders and take advantage of free trade agreements. Meanwhile, export promotion activities were stepped up to support Vietnamese exporters to introduce their products to the supply chains of foreign retailers such as AEON, Lotte and Metro. Vietnam now has six products sold at AEON supermarkets in Japan and has ample opportunities to have its goods exported to AEON retail stores around the world.

Furthermore, goods were not only displayed at trade fairs but also sent directly to potential customers for evaluation, helping to increase the number of contracts signed at these events.

A harvest of sweet fruits

The aforementioned efforts brought about promising export results when the 2017 record figure was exceeded after 11 months of 2018. Vietnam’s export revenues in 2018 were estimated at US$244.72 billion, up 13.8% against 2017. The country also registered an all-time high trade surplus of US$7.2 billion.

Economist Vo Tri Thanh stated that such figures were very positive for a number of reasons.

Firstly, Vietnam was fairly cautious when setting the export growth goal at only 10%, taking into account the difficulties of the global economy and the prospect of slowing economic and export growth over the quarters. But finally the actual export growth far exceeded the target.

Secondly, although exports were dominated by the foreign sector, Vietnam saw encouraging signs in a number of sectors. For instance, oil exports brought in larger revenue thanks to rising oil prices. Meanwhile, certain sectors with low added value in the past have improved considerably and made use of the opportunities afforded by risks to score a better performance such as garments, footwear and timber.

Vietnam is on the path of expanding international economic integration. Many free trade agreements have been signed and many are soon coming into force, particularly the Comprehensive and Progressive Agreement for Trans-Pacific Partnership and the Vietnam-EU Free Trade Agreement. As such the MOIT’s foremost task in the time ahead will be actively popularising the preferences from these trade deals to help domestic enterprises gain the most benefits and overcome the barriers to introduce Vietnamese goods to more and more markets.