F&B market bustling with series of franchise contracts
The Ministry of Industry and Trade (MOIT) has allowed 137 business people and 148 brands to enter the Vietnamese market over the last eight years, including 42 brands in fast food, bakery, coffee, drinks and restaurants, which accounted for 43.7 percent of total franchise contracts signed.
Go Back 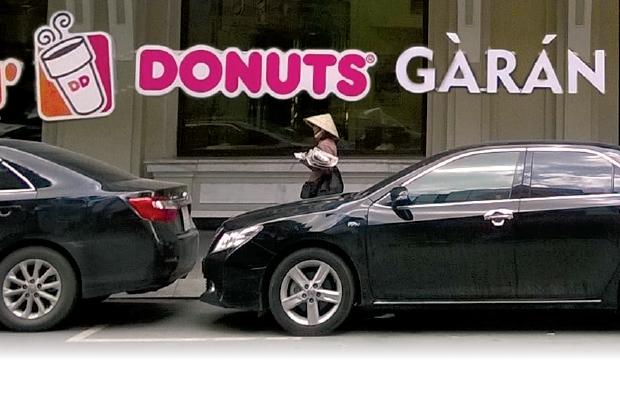 The F&B field attracts foreign franchisers. The second most attractive field is fashion with 19 brands, or 19.3 percent of franchise contracts signed, followed by education & training (17 brands, 14.1 percent), convenience store (3 brands, 2.2 percent), and other retail brands (15 brands, 10.4 percent). Meanwhile, the remaining 10.3 percent of contracts were in the fields of pharmacy, chemicals, real estate brokerage and storage.

Winston Lim, director of Bizlink, noted that the percentage of successful franchise deals in F&B is higher than other business fields. Vietnam is a vast market with high population and high percentage of young people, who easily get used to new services and products.

Pham Thi Huong, a franchise expert from Arocking, agrees that the franchise in F&B is getting more and more popular in Vietnam.

“It is very attractive because investors won’t have to spend too much money, effort and time to build brands,” she explained.

“Meanwhile, the risks for startups can be minimized because there are successful business models for investors to apply,” she said. “Franchisees can also ‘inherit’ experiences and business organization ‘know-how’ from franchisers and enjoy the good reputation of the chains.”

Kim Sun Kwon, CEO of Caffe Bene, told the local press at the brand debut ceremony late last year that F&B was not hurt by the economic recession. He believes in the success of the plan to open 120 shops a year.

Analysts predicted that the franchise market would see a boom in the time to come. Vietnam, which has welcomed many brands from Asia, would see brands from Europe and Latin America.

According to Nguyen Phi Van, chair of Retail & Franchise Asia, which represents many foreign franchised brands in Vietnam, about 40 brands, 90 percent of which belong to  businesses from Europe and Latin America, are seeking opportunities in Vietnam.