75 percent of logistics market share held by foreign firms
Two-digit import/export growth rates and Free Trade Agreements (FTAs) have made Vietnam into a very promising logistics market worth tens of billions of dollars. However, local logistics firms only have a small piece of the cake.
Go Back 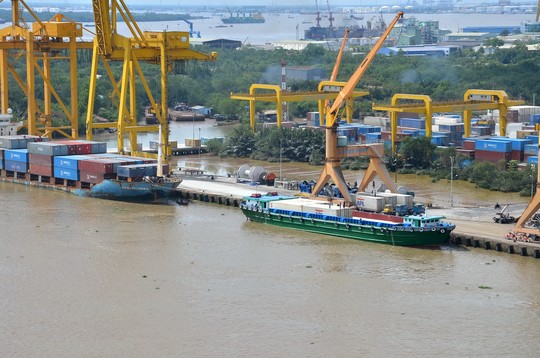 Hoa Sen set up its factory in Phu My Industrial Zone (IZ) in Ba Ria – Vung Tau province, where there is an international port complex. However, very few container shipping firms which run on international routes dock at the port.

As a result, Hoa Sen has had difficulties in carrying goods: its vehicles bring empty containers from HCM City to the factory in Phu My to receive goods for export and then return to Cat Lai Port in HCM City where goods are handled by ships.

Vu said if goods can be shipped from Phu My Port, he would have to pay VND1.7 million only per 24 feet container. However, as he has to ‘take a roundabout’, he has to pay VND4.25 million per container.

A report from the Vietnam Maritime Bureau showed that the fleet carrying Vietnamese flag comprises thousands of ships, but it does not work effectively because of the high percentage of bulk cargo ships and low number of container ships.

While Vietnamese container ships only run to South East Asian and Chinese markets, Vietnamese enterprises export products to further markets in the US and Europe.

Sometimes Vietnamese businesses have to wait two to three months for ships to be able to export their products.

There are only 25 foreign firms, but they hold 75 percent of the market share.

According to Hoang Viet Cuong, deputy general of the General Department of Customs (GDC), Vietnam is creating the ASEAN one-stop shop (OSS) mechanism which will help logistics firms save costs and time on procedures.

The government’s Resolution No 19 has requested to cut the time needed to get imports/exports cleared by seven to eight day.

A report showed that 6.8 million consignments of imports/exports at customs clearance in 2014 had storage fees at port estimated at $250 per day per consignment.

If the time was reduced by eight days, businesses would be able to save $13.6 billion in storage fees a year