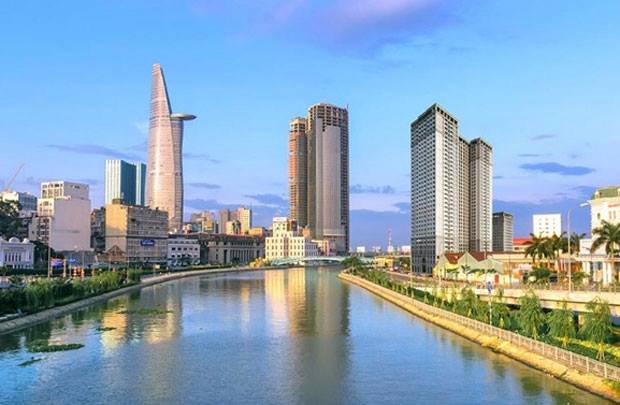 It has seen more than 16.6 billion USD in Foreign Direct Investment (FDI) flow from ASEAN nations into Vietnam. This accounts for 30.4 percent of the country’s total FDI, and has allowed the industry to stand second in FDI attraction after the processing and manufacturing sector.

According to the Foreign Investment Agency under the Ministry of Planning and Investment, real estate projects by firms from other ASEAN countries, notably Singapore, Malaysia and Brunei, have maintained their competitve edge in the resort real estate sector.

A new wave of projects from ASEAN companies is expected to arrive in Vietnam’s tourism hotspots such as Van Don, Phu Quoc and Da Nang in the near future, it said.

Operational projects are mostly located in bigger cities like Ho Chi Minh City, Hanoi and Da Nang, but the biggest among these, Singapore’s 4-billion-USD resort complex Nam Hoi An, is situated in the central province of Quang Nam.

More exciting opportunities will arise thanks to the establishment of the ASEAN Economic Community (AEC) alongside the signing of free trade agreements (FTAs) and the Trans-Pacific Partnership (TPP) deal, Director of Dat Lanh Real Estate Company Nguyen Van Duc said.

Once the AEC is formed, it will give a big boost to the stagnant office and residential sales and leasing sectors which have faced bad debts and oversupplies over the past few years, he added.

Desmond Sim, Head of Research for Southeast Asia and Singapore , said the AEC will play an important role in liberalising the region’s capital. The polarity in the development of the real estate markets in ASEAN provides investors a broader universe for their investment strategies, Sim stated.

More developed markets such as Singapore and Malaysia could offer investors a “core” or “value added” investment profile while “opportunistic” investments could be sourced from emerging markets such as Vietnam and the Philippines.

Investments in the ASEAN real estate market are expected to grow as investors seek alternative markets for their real estate portfolios, he noted.

A recent report titled “ASEAN Economic Community – A Boost to Southeast Asia’s Real Estate Market” by Commercial Real Estate Services (CBRE) forecast an increase in the demand and supply of industrial and office space in most ASEAN markets in the short to medium term, as more Small- and Medium-sized Enterprises (SMEs) and mulitnational corporations (MNCs) establish themselves in the region.

Due to free movement of goods and services within ASEAN, foreign retailers will demand more leasing space for their business expansion in Vietnam.

However, Sim said he believes that potential challenges remain, including unstable leasing rates and a low supply of skilled labour, which may hinder the entry of high value industrial manufacturers or the development of the services industry.

More supporting policies are encouraged to increase the sector’s attractiveness.