Home » Press » After China, will Uber fail in Vietnam?

After China, will Uber fail in Vietnam?
After being acquired by Didi Chuxing in China, Uber may have to take similar moves in Vietnam and other Southeast Asian countries, experts have said.
Go Back 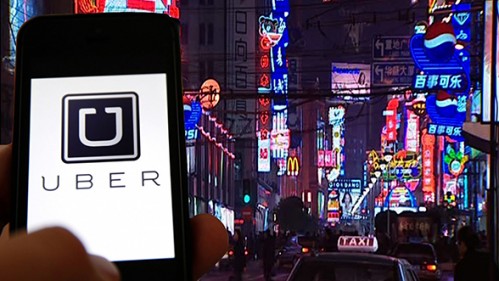 Uber is the latest company joining the list of US conglomerates that failed in the Chinese market, after Yahoo, Amazon, Ebay and Microsoft.

On August 1 Didi Chuxing announced it would acquire Uber’s business in China to create a company with a value of $35 billion. Uber and its investors will hold about a 20% stake in the new firm.

Uber entered China in 2014, when it was had become wildly popular worldwide.

However, after a period of stable operations in 60 cities in China, Uber gradually entered a war against a local transport firm – Didi Chuxing.

In two years, though it spent up to $2 billion to build infrastructure for the company’s operations in China and to lure local customers and drivers, Uber still failed to grab market share from its local rival Didi Chuxing.

Statistics showed that Didi Chuxing held up to 85% of the taxi app market while Uber had only 8%.

Investors called for Uber to stop the fight and sell itself.

However, Professor William Kirby of the Harvard Business School argued that Uber did not withdraw from China because of competition with Didi, but because of regulations on taxi app firms which are about to be issued by the Chinese government.

It is said that the new regulations, which are much less harsh than the initial draft, will force taxi app firms to merge with local taxi companies. Moreover, Uber will also have to ask for certificates in all areas where it operates while online and offline services will be managed separately.

After its withdrawal from China, Uber will focus its operation in other markets, especially Southeast Asia, including Vietnam. However, like in China, Uber is facing many difficulties in Vietnam.

The first is the strategic business orientation. Like other markets, and China, in Vietnam, Uber spends a lot to support drivers and give promotions to customers.

Uber entered Vietnam in 2014 and still maintains a significant level of support for the driver (accounting for up to 50% of its revenue), and constantly offers discounts and free trips to users and new users. Its failure in China shows that this support is not a sustainable business strategy.

Due to a lack of a clear policy, Uber is also facing many legal issues in Vietnam.

Last October, following its rival Grab, Uber submitted to the Vietnamese Ministry of Transport a pilot scheme of operation.

While Grab’s plan was approved by the Prime Minister on October 19th 2015, Uber’s plan wasrejected, reasoning that Uber must have a legal person in Vietnam to sign service supply contracts with transport business partners.

The Ministry of Transport asked Uber to revive its plan but so far Uber has yet to complete the scheme.

Only Vinasun and Grab are permitted to have taxi app services in Vietnam.

To date, the Government of Vietnam has not yet collected taxes from this firm. Uber Vietnam Co. Ltd confirmed that it only provides management and market research services to support the operation of the parent company – Uber B.V. in the Netherlands.

Meanwhile, Uber B.V. Netherlands, said it operates in a trans-border form under Vietnam’s commitments to the World Trade Organization (WTO). As it provides software across the border, it should pay taxes under the laws of the government of Netherlands.

A major challenge of Uber is facing opposition from traditional taxis and its rival Grab.

While Grab has cooperated with many local taxi firms, Uber has become an “enemy” of these firms. The transport and taxi associations have repeatedly asked the Vietnamese Government to terminate the operation of Uber taxi in Vietnam.

Commenting on the deal between Uber and Didi Chuxing, Anthony Tan – Grab CEO – confirmed in a letter to thevGrab team in Southeast Asia: “With the deal in China, we expect Uber to turn more attention and divert resources to our region. But we have seen that when the local champion stays true to their beliefs and strengths, they can prevail. We see this happening in China, and it will be the same here. They’ve lost once, and we will make them lose again.”

In another move, sources said that after acquiring Uber in China, Didi Chuxing and Softbank Group Corp. planto invest additional $600 million in Grab.

So, the future ahead for Uber in Southeast Asia and Vietnam will not be easy.

Didi Chuxing Technology is expected to expand to Vietnam soon after receiving more than US$7 billion in its latest fundraising round, said VnExpress.

Didi Chuxing Technology Vietnam JSC, which was only established a month ago, is in the process of seeking approval for a car-hailing app similar to Uber and Grab in the Southeast Asian nation.

The app is expected to start a pilot program in September once local authorities give the nod, the source said.

Car owners will not be charged any registration fee when they sign up with Didi Chuxing Technology Vietnam JSC. Similar to Grab and Uber, there will be no metering, radios or company name on Didi’s cars, and no set hours for drivers, a senior official from the company said, adding that the company will also connect with customers through Zalo, Wechat and Facebook.

Didi said in June it raised US$7.3 billion in its latest round of funding, including US$1 billion from Apple, as it battles to fend off Uber’s march into China, Reuters reported.

After a bruising two-year battle, ride-hailing firm Uber is giving up its China operations to bigger local rival Didi Chuxing in an exchange that will give Uber a one-fifth stake in Didi, Reuters reported on August 1.

The merged entity is worth around US$35 billion – combining Didi’s most recent US$28 billion valuation and Uber China’s US$7 billion, Reuters quoted a source familiar with the matter who did not want to be named before the deal was made public.

Car-booking apps-Grab and Uber have been operational in Vietnam since 2014 and are both increasingly favored by local passengers, providing fierce competitors for Vietnam’s traditional taxis.