After record year for M&As, privatization to sustain Vietnam's deals blitz
Go Back 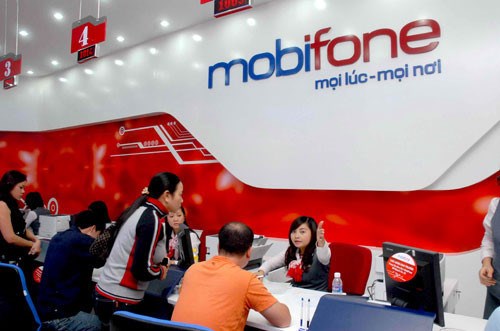 Foreign firms are set to capitalise on Vietnam’s privatization drive and buy into assets such as Vinamilk and Mobifone to gain exposure to its fast-growing economy this year, boosting M&A deals that already hit a record $4 billion in 2015.

The dealmaking flurry has been encouraged by a turnaround for Vietnam’s $186 billion economy last year, which as recently as 2011 was fighting a 20-plus percent inflation rate and a banking sector saddled with bad debt.

“With strong momentum in the Vietnamese economy and Vietnamese companies continuing to grow in scale, the opportunity for foreign companies to engage in sizeable transactions and partnerships has become increasingly attractive,” said Rehan Anwer, head of Frontier Markets, at Credit Suisse.

Vietnam’s economy grew 6.68 percent in 2015, the fastest pace in five years. By comparison, growth in the economies of most of its bigger Southeast Asian neighbours isn’t expected to be as robust, hurt by tumbling commodities prices and falling currencies. That dampened their merger and acquisition (M&A) volumes last year.

This year, the sale of an up to 45 percent government stake valued at $3.1 billion in partly state-owned Vietnam Dairy Products JSC, or Vinamilk, is on the cards. Vinamilk and a finance ministry official were not immediately available to comment.

Fraser and Neave, backed by Thai tycoon Charoen Sirivadhanabhakdi, which has an 11 percent stake in Vinamilk, and other strategic investors are seen as potential bidders, bankers familiar with the situation said. F&N did not respond to requests for comment.

Other deals likely to materialise in 2016 include a potential $900 million sale of mobile network provider Mobifone and a partial privatisation of Binh Son Refining and Petrochemical Company (BSR), said a senior executive of an advisory firm with close links to the government.

Mobifone said it does not have any information to share on the sale. A BSR spokesman said no final decision has been taken on the partial privatisation.

Deals are also likely in the textiles, footwear, construction and machinery sectors as investors position themselves before Vietnam and 11 other countries implement the Trans Pacific Partnership (TPP) accord, which aims to liberalise commerce in 40 percent of the world’s economy.

The government has thrown open several sectors for foreign investors, as a long-waited rule kicked in last year allowing foreigners to own up to 100 percent in Vietnamese listed firms, except for some sectors such as property and transportation.

In banks, the government has promised to raise the 30 percent maximum limit.

Investors do see risks associated with the market. A key one is a five-yearly congress of the secretive Communist Party which takes place this month, causing uncertainty about the kind of leadership that will emerge from it, though experts say the reform momentum will be unaffected.

“Expect hiccups along the way. After all, this is a frontier market,” said Orsen Karnburisudthi, Bangkok-based senior investment manager at Aberdeen Asset.