Agriculture abandoned by Vietnamese entrepreneurs
Vietnam has great advantages for agricultural production, but in the last 10 years, domestic enterprises have been focusing on the services sector and abandoning the field.
Go Back 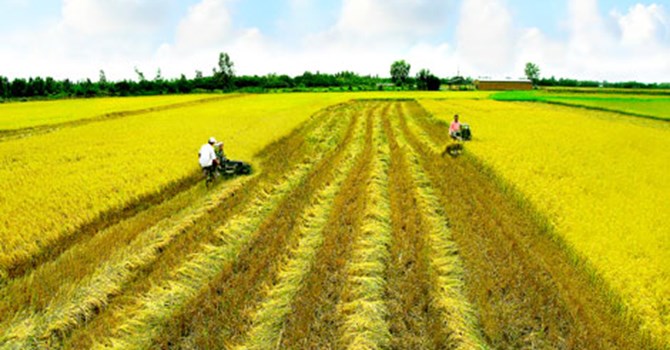 The 2015 Business Annual Report released by the Vietnam Chamber of Commerce and Industry (VCCI) recently showed a very low proportion of businesses in the agricultural sector.

The report showed that businesses in agriculture, forestry and aquaculture accounted for 0.96 percent of total businesses in 2014 and 0.98 percent in 2015.

The sector did not make any considerable contribution to the increase of 34,000 businesses in the last two years. The proportion decreased sharply compared with 2007 (1.61 percent).

As such, though Vietnam is a leading exporter of farm produce such as rice and coffee, Vietnam still cannot attract investors in agriculture.

Agriculture, forestry and fisheries saw the next-to-slowest growth rate in the number of newly set up enterprises, at 7.43 percent per annum, or 50 percent lower than the average growth rate of the national economy (14 percent).

With the figure, agriculture just stands above electricity generation and distribution, gas, hot water, steam and air conditioning with a growth rate of 5.72 percent.

Meanwhile, education and training, administrative activities and support services, arts and entertainment, and information and communication all saw the number of enterprises increasing by five times in 2007-2015. Other services also had two-digit growth rates.

The number of workers in agriculture, forestry and fisheries did not increase in 2007-2014, or 0.55 percent per annum, the lowest among business fields.

Meanwhile, the opposite occurred with the trade & service sector with the average increase of 15-20 percent per annum.

Every three out of four Vietnamese work in one of three fields – processing & manufacturing, construction & wholesale, and retail, automobile and engine-vehicle repair.

However, though agriculture remains unattractive in the eyes of many investors, the sector has attracted more and more tycoons. Hoang Anh Gia Lai, established as a real estate developer, has injected big money into rubber growing and sugar production.