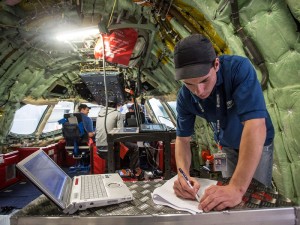 Airbus Chief Executive Officer Thomas Enders said the company is thinking of operating components factories and is also willing to set up maintenance facilities in the country, according to a July 1 posting on the Vietnam government’s website. Enders met with Prime Minister Nguyen Tan Dung during a visit to Hanoi.

Aircraft makers including Airbus and Boeing Co. are courting carriers and governments in Asia, the region projected to have the fastest air-passenger growth. Vietnam will be among the 10 fastest-growing aviation markets in the world in the next two decades, according to the International Air Transport Association.

Dung said Vietnam is interested in discussing cooperation with Airbus on space and military technology, including defense equipment, according to the statement.

“Among the issues discussed were ways in which Airbus Group can develop further its industrial partnerships in the country,” Sean Lee, Airbus spokesman, said in an e-mail Thursday. “The discussions covered activities related to all the divisions of Airbus Group, including civil aircraft, helicopters, defense and space.”

Enders’s visit coincides with the delivery of the latest Airbus A350 to state-owned carrier Vietnam Airlines, the first Asian customers for the widebody jet.

VietJet, the nation’s only privately owned carrier, said in June it agreed to buy six Airbus SE A321s valued at $682 million, adding to a 100-jet, $9.1 billion contract with the planemaker last year.