Asia Exports Show Little Sign of Recovery Amid Global Slump
Signs of life returning to Asian trade have stirred up some optimism of a recovery, but a closer look at the data coming out of the region indicates the malaise is far from over.
Go Back 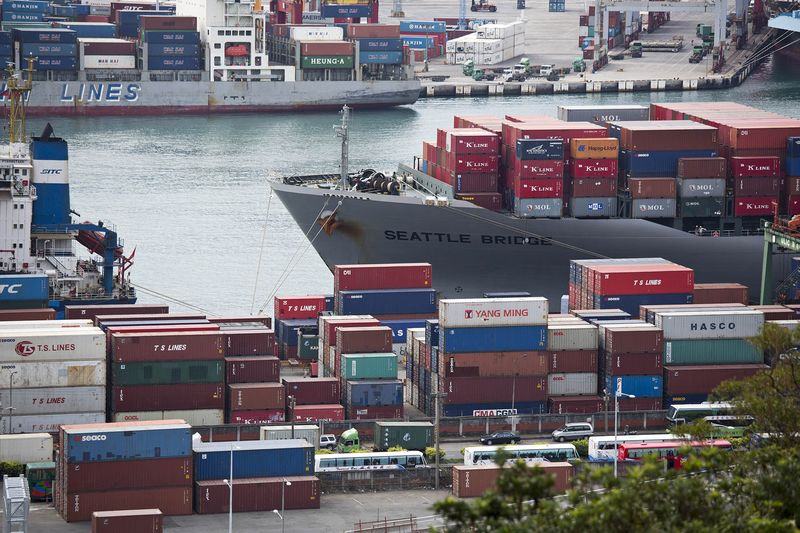 While export figures from Malaysia and Thailand showed surprising strength in June, trade continues to contract across most of Asia in the face of sluggish global growth, lower commodity prices and weaker demand from China.

“There is hardly any room for cheer,” Taimur Baig, a Singapore-based Deutsche Bank AG economist, said by e-mail. “Substantial recoveries in price and demand, both for commodities and electronics/machinery, are necessary for regional exports to return to trend levels, an outcome that is very unlikely.”

Malaysian exports rose 3.4 percent in June from a year earlier, while merchandise shipments from Thailand gained 1.9 percent. That’s in contrast to elsewhere in the region, where exports are still posting declines of more than 10 percent.

Singapore’s non-oil exports — the most commonly-used gauge for trade performance — dropped 10.6 percent in July from a year earlier. Japan said last week shipments fell 14 percent in the period, the biggest drop since 2009, while in the Philippines, exports declined 11.4 percent in June. Customs data for Thailand released on Friday showed a 4.4 percent contraction in exports in July.

According to Deutsche Bank’s calculations, Malaysian and Indonesian merchandise exports in the first half of this year were down more than 20 percent compared with two years ago. China and Thailand, with declines of more than 5 percent, were the best performers under this metric, while exports in Singapore and Japan were about 10 percent lower.

China, like every other major economy in Asia aside from Japan and Vietnam, posted a double-digit export contraction last year, according to estimates from Australia & New Zealand Banking Group.

“After what can only be characterized as a dreadful performance over 2015, the cumulative trade performance for 2016, based on year-to-date exports, looks like it could be even worse,” Weiwen Ng, an economist at ANZ in Singapore, said in an e-mail.

The U.K.’s decision to leave the European Union and a global rise in protectionism doesn’t bode well for the trade outlook, while in Japan, a stronger yen is wreaking havoc on the economy. Credit Suisse said in a report on Friday that global growth will remain lackluster next year at 2.6 percent compared with an estimated 2.4 percent in 2016.

“Without a rebound in private capital expenditure across the world, of which there is little sign as of now, and with Brexit ripples yet to fully unfold, any bounce from trade will likely prove short-lived,” Frederic Neumann, a Hong Kong-based economist with HSBC Holdings Plc, said in a report. “That’s especially problematic for Asia: with local demand growing tired, stronger exports are urgently needed.”