Australian telecom giant leads in race for MobiFone
Of all foreign investors showing interest in MobiFone, the operator of Vietnam’s second most popular mobile network, Australia’s Telstra seems to be the most determined, according to newswire VnEconomy.
Go Back 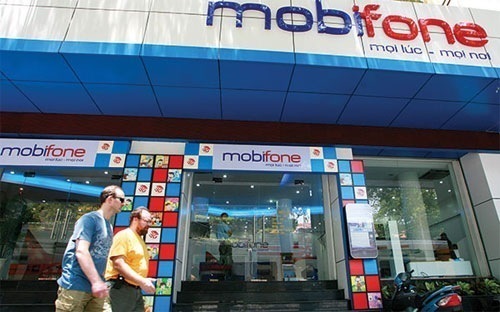 On May 24, when Telstra’s management and the Australian ambassador in Vietnam met with Minister of Information and Communication Truong Minh Tuan, Telstra reaffirmed its wish to become a strategic investor in MobiFone.

A MobiFone representative remarked that so far Telenor from Norway, Comvik from Sweden—a one-time strategic partner of MobiFone in a BCC between 1995 and 2005—and Telstra from Australia have shown interest in MobiFone, but Telstra has taken many steps to show particular interest and seems more determined than the other investors. The representative refused to reveal Telstra’s proposals.

Telstra, which is among the biggest telecom companies in the world with a 2015 revenue of $26.6 billion, was present in Vietnam in the 1980s. In 1988 Telstra signed a business cooperation contract (BCC) with Vietnam National Post and Telecommunications Group (VNPT), becoming the first foreign company to join the Vietnamese telecom scene. With this BCC, Telstra built VNPT’s satellite infrastructure. In 1990 it renewed the contract and raised its investment to $67 million to upgrade this satellite infrastructure. In 2003, after the contract ended, Telstra withdrew from the Vietnamese market. By then it had invested $240 million. Telstra first expressed interest in MobiFone more than a year ago at a meeting with former Minister of Information and Communication Nguyen Bac Son, when the Vietnamese telecom giant restarted its equitisation plan.

MobiFone is going to be equitised in 2016. As of now, there has been no official information on the size of the stake MobiFone can sell to a strategic investor and to the public. Former Minister Le Nam Thang said that based on Vietnam’s WTO commitments and other trade pacts, foreign investor can hold up to 49 per cent in a state-owned enterprise.

However, even if it is allowed, it is hard for a foreign investor to hold 49 per cent because VNPT, the old parent company of MobiFone, may want to hold a maximum allowed stake in the company. According to the document transferring the right to represent the state stake in MobiFone from VNPT to MIC, dated July 2014, after the equitisation VNPT can hold 20 per cent of MobiFone at most.

This arrangement leaves a relatively small room for a foreign investor, despite their wish to hold a controlling stake. Earlier, at a meeting with leaders of the MIC, Telenor expressed interest in holding a controlling stake. Telstra CEO Han Kotterman, on May 24 also proposed that his company “play a critical role” in the equitisation of MobiFone.