Bank-fintech teams tackle mobile pay
Handshakes between financial technology firms and local banks have become a growing trend in the face of the current boom in mobile payments.
Go Back 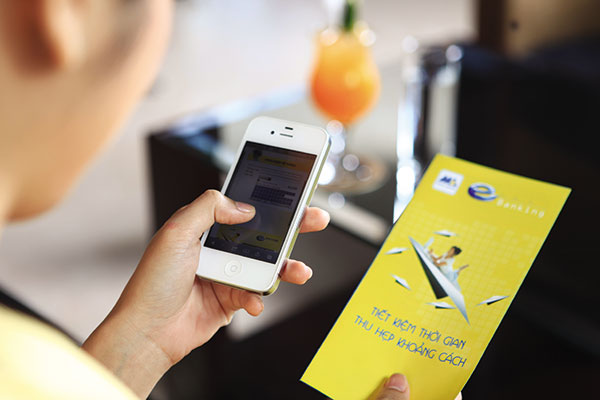 Facebook would be the latest tech giant to set its sights on Vietnam’s online payment market after the official launch of Samsung Pay late last month, the mobile payment wing of Korean tech titan Samsung Group.

There have also been rumours that Alipay, China’s major online payment platform backed by Alibaba, is doing its best to get an operating licence in Vietnam.

The Bank for Investment and Development (BIDV), one of Vietnam’s leading state-owned lenders, has recently agreed with VNPT Media on the launch of an array of services such as a payment portal and digital wallet (BIDV-VNPT Pay). Prior to this, six lenders, including BIDV, agreed to co-operate with Samsung Pay on mobile payment deployment.

According to the bank’s deputy general director Le Ngoc Lam, co-operation between technology or telco groups and banks is a smart move to make use of both sides’ advantages in the face of Industry 4.0.

Vietcombank – one of the top local lenders – reached more than 36 million transactions through diverse e-payment channels in the first half of this year, equal to 60 per cent of 2016’s total. Transaction value doubled within the past few years, with the annual growth rate touching 150 per cent.

Banking experts assume that with the recent launch of Samsung Pay, mobile payment could soon see an even larger growth in popularity in the country.

The National Payment Corporation of Vietnam’s figures show that the transaction value through points of sale (POS) rose by nearly 600 per cent in the past five years, with online payment sales at POS increasing by more than 350 per cent.

“Several years ago, banks were negligent or cautious about fintech development, but in recent years many of them have turned to fintech and apps to activate their online payment segment in general, and mobile payments in particular,” a manager of a leading commercial joint stock bank commented.

Aside from handshakes with local fintech firms, some banks have teamed up with foreign players.

MKI is a tech firm with a 50-year track record in Japan, while Doreming is one of the top 100 global fintech companies in 2016, according to KPMG, one of the Big Four accounting firms.

Aside from MKI, Doreming, Samsung, Facebook, and Alibaba, many other foreign players are reportedly mulling over a jump into Vietnam’s payment market.