Banking sector faces client ‘confidence crisis’
Commercial banks, which have suffered because of huge bad debts, have had to deal with another problem – the ‘confidence crisis’ caused by a series of recent phishing attacks.
Go Back 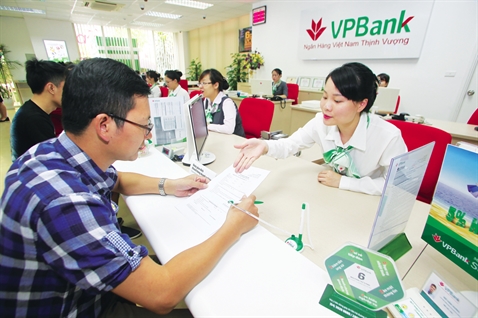 A local newspaper quoted an analyst as saying that banks provide services based on consumer confidence, but that is being challenged.

The news about a business which complained that it lost VND26 billion from its account at VP Bank has become a hot topic of discussion among the public.

In fact, the problem happened in July 2015, but the dispute between the client and VP Bank still has not been settled.

When Tran Thi Thanh Xuan, director of the Ba Huan Investment & Development Company, headquartered in HCM City, came to VP Bank to withdraw cash, she discovered that VND26 billion had disappeared from the company’s account.

Meanwhile, VP Bank affirmed that the amount of money lost was VND11.3 billion.

While the case is still under investigation, the rumors about other scandals of the bank have appeared on the internet, raising concerns.

Prior to that, in early August, Hoang Thi Na Huong, a client of Vietcombank, one of the largest commercial banks, complained that she lost VND500 million from her account.

After Huong, other clients of Vietcombank complained that they lost from several millions to tens of millions of dong.

Most recently, Tran Thi Thanh Phuc in Hanoi reported that VND4 billion in her account at SCB was remitted to a beneficiary in November 2015 through an order to pay but she  did not make the transaction.

A ‘confidence crisis’ has occurred , according to analysts, because of the banks’ unreasonable reactions in the cases.

Nga said after discovering the loss on August 19, she immediately contacted Vietcombank and asked them to block the account.

However, she was told by a Vietcombank officer to come to Vietcombank Bien Hoa branch on August 22 to have the case settled.

“When I asked if I can get the money back, the officer could not give me an answer,” Nga said.