Home » Press » Banks’ risk management a cause for concern

Banks’ risk management a cause for concern
Poor management of risks and weak supervision of banks were the roots of the largest problems that Việt Nam’s banking system is facing, experts said during a workshop.
Go Back 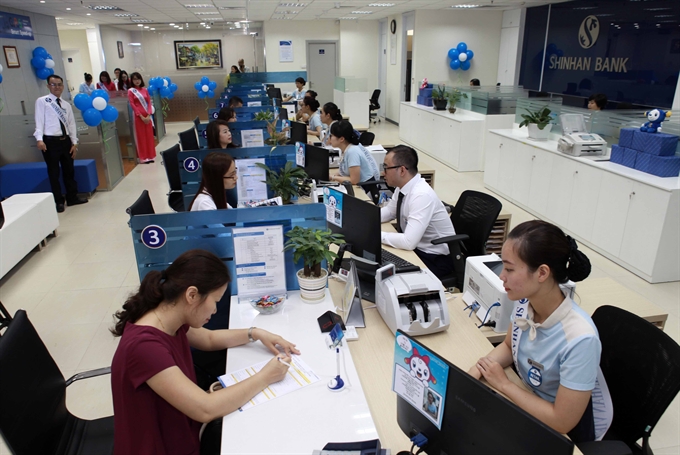 The conference was held late last week, and sponsored by the National Economics University’s School of Banking and Finance.

Speaking at the workshop, entitled “Improving institutions for the sustainable development of Việt Nam’s banking system in the period 2016-2020”, Đỗ Thị Kim Hảo, deputy director of the Banking Academy, said that recent incidents related to banks were mostly due to poorly-performing supervisory and auditing systems.

This reality indicated that bank restructuring in the 2011-2015 period did not achieve the expected results, she said.

Banking activities were potentially risky because of the lack of reliable information between banks and customers or between bankers and other shareholders, Hảo said.

The first layer is the internal surveillance within banks.

The second layer of monitoring is the management and supervision of State agencies. However, the State Bank of Việt Nam (SBV) has not put in place a risk management framework sufficient to quantify all risks.

“Therefore, the SBV should instruct banks to not conduct business beyond their capabilities,” she said

The third layer is surveillance from customers. Currently, customers can only oversee banks’ profits and operations through information being made public from banks.

However, most banks’ risk reports are incomplete. In principle, this report will be some 100-pages in length, clearly indicating what the risks are, why a solution is chosen to reduce risks, and how to deal with the consequences if problems arise.

Through her analysis, Hảo found that the supervisory system of Việt Nam’s banks had failed to properly monitor banks.

“This is also the reason leading to disclosing information unprofessionally, incompletely, and with a lack of compliance monitoring,” she added.

Agreeing with Hảo, Dr Lương Thái Bảo from the School of Banking and Finance said the Vietnamese banking system was currently displaying many weaknesses and causing significant concerns.

According to Bảo, weaknesses in banks include governance and bank information.

“Actually, in the banking market, investors are missing information. There is incomplete information that exists in the bank. So we need a monitoring mechanism specific to this industry,” Bảo said.

However, watchdog agencies were described as less effective and lack the resources to monitor the activities of the nation’s banks, he said.

Based upon the fierce competition, banks pay more attention to growth and expansion, rather than governance, so in a short time bad debt has become one of the largest problems for Vietnamese banks.

Therefore, the banking system must be restructured in a healthy manner to provide greater transparency of information and improve the capacity of governance and risk management, Bảo said.

Bảo added, “Mergers and acquisitions (M&A) of banks is a correct step to reduce the number of ailing banks, as well as promote order and discipline within the system.” – VNS