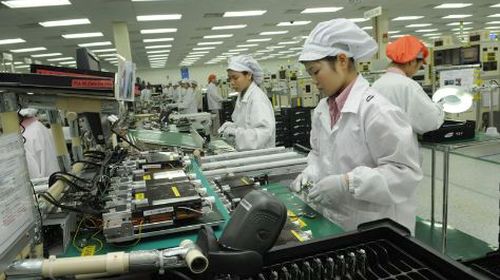 Dau Anh Tuan, head of the Vietnam Chamber of Commerce and Industry’s (VCCI) Legislation Department, said at last week’s conference on Vietnam’s economic integration that VCCI had released a survey on the business environment conducted over nearly 1,500 foreign invested enterprises in Vietnam.

Under the survey, 50% of respondents said they faced less corruption and enjoyed better infrastructure in Vietnam than in China, Thailand, Cambodia, Indonesia, Malaysia, Laos, and the Philippines. They also said Vietnam had better public services and fewer regulations than these nations.

Vietnam’s value added tax (VAT) and corporate income tax (CIT) rates are 10% and 22%, respectively. These rates are far lower than in China, Indonesia, and Malaysia, where the CIT is 25%. Meanwhile, the Philippines and Myanmar have a VAT rate of 30%.

Some 62% said they would increase investments even if they received no tax incentives in Vietnam, because the location, market size, infrastructure, and human resources were the most important in their businesses strategies and plans.

The surveyed enterprises said they could forecast policy changes in Vietnam far better than in the other nations. 94% said Vietnam’s political climate was more stable than these nations.

“Foreign investors are quite upbeat over Vietnam’s investment and business climate. Their confidence has risen to the highest level since 2011,” Tuan said.

Early this month, the northern province of Bac Ninh licensed Samsung Display Co.Ltd for an expanded US$3 billion project to manufacture electronics products.

Previously, Samsung invested in a US$1 billion project in the province that earned nearly US$18 billion from exports and contributed US$128.2 million to the state coffers last year.

“If Vietnam’s investment climate were not good, Samsung would never have come. Its investment projects will help Vietnam lure more foreign investors,” he said.

“During prime Minister Nguyen Tan Dung’s official visit to Thailand on July 23, the two nations signed off on three gigantic projects worth about US$30 billion, including the oil refinery in the central province of Binh Dinh’s Nhon Hoi Economic Zone, and oil refinery in the southern province of Ba Ria-Vung Tau, and a 2,400 megawatt thermal power project,” he revealed.

In this year’s first seven months, the disbursed foreign direct investment in Vietnam was estimated to be US$7.4 billion, up 9.6% year on year.

Nearly 47% considered “Vietnam’s market size and growth potential” as a magnet to them. Some 66.1% said they would expand investment in Vietnam and continue considering it an important investment location. Some 84.4% said their revenue would increase in Vietnam.