Beverage manufacturers fall into foreigners’ hands
It is foreign manufacturers who are dominating the domestic lucrative soft drink market.
Go Back 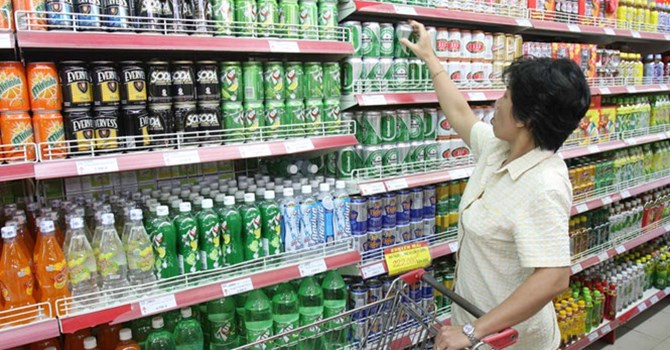 Statistics show that Vietnam is an attractive market. Non-alcoholic market segment alone had the turnover of $4 billion in 2014. The soft drink market witnessed a high growth rate of over 10 percent per annum. Just within 15 years, the drink output increased by six times from 800 million in 2000 to 4.8 billion in 2015. It is considered the ‘hottest’ FMCG (fast-moving consumer goods) sector.

Taken over by foreign manufacturers

The large market and high profitability are the reasons foreign manufacturers jump into Vietnam.

Tribeco is a typical example. The 20-year old manufacturer once had its golden days, when its products were always listed as high-quality products.  In 2000, Tribeco became even more famous with its soy milk, while analysts commented that no one ‘could hold a candle to Tribeco’.

However, Tribeco has been going downhill after it sold stakes to a foreign partner – Uni-President – and built two more factories to expand production.

Chuong Duong Beverage JSC is another example. Established in 1952, belonging to French BGI Group, Chuong Duong was once the largest manufacturer in the south of Vietnam.

However, since 1993, when foreign beverage manufacturers came to Vietnam and competed fiercely with Chuong Duong in fizzy drinks, Chuong Duong saw its revenue decreasing.

This forced Chuong Duong to make new products including non-carbonated drinks, purified water and liquor. However, this could not help save the brand.

A report released in 2012 showed that 10 leading drink manufacturers held 75 percent of the domestic market. These included Pepsi, Tan Hiep Phat, Coca Cocla, Interfoods, Tribeco, Lavie (Nestle), Red Bull Vietnam, URC, Tribeco Binh Duong and Chuong Duong. Of these, there were only two Vietnamese names – Tan Hiep Phat and Chuong Duong, which held 24 percent of the market share. The others were all foreign brands.

An analyst noted that foreign brands account for the overwhelming market share. The domestic market has been flooded with imports from Thailand, Malaysia and Indonesia.

Nguyen Dang Hien, general director of Tan Quang Minh – Bidrico, warned that Vietnamese enterprises will have to struggle in the time to come to compete with manufacturers in ASEAN.

“Even if Vietnam taxes the products, it will not be able to protect small- and medium-sized enterprises,” he said.