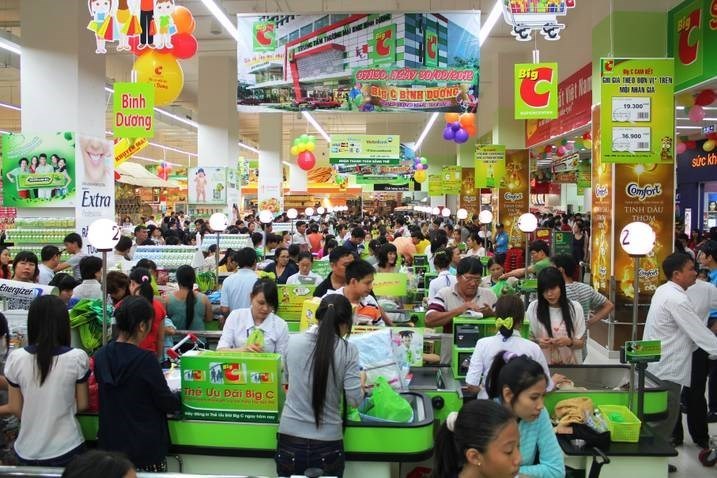 Prior to the acquisition, France’s Casino Group, the previous owner of the chain, opened four or five outlets a year, the unnamed spokesperson said.

Big C is the largest foreign-owned retail chain in Vietnam with 33 supermarkets and 11 convenience stores.

He also addressed local suppliers’ recent charge that Big C is demanding high commissions to discourage them and thus get Thai products in.

Big C would continue with the current policy of sourcing 95 percent of products from Vietnamese producers, he said.

Big C would meet with seafood businesses who recently said they would stop supplying since the chain has increased commissions by 4.25-5.5 percentage points to 17-25 percent, he said.

It expects to reach an agreement, he added.

Vietnamese electronics retailer Nguyen Kim, which is 49 percent owned by Central Group, also joined the Thai conglomerate in the bid, but their stakes have not been disclosed.