Boeing to continue investing in Vietnam: Official
A Boeing official said the American airplane manufacture is committed to continued investment in Vietnam in the time to come.
Go Back 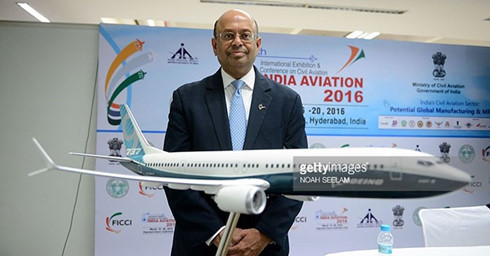 Boeing sees the potential of the Vietnamese market and will continue investing in the future, Dinesh Keskar, senior vice president of sales for Asia-Pacific and India at Boeing Commercial Airplanes, told VnExpress.

Boeing will work with the Civil Aviation Authority of Vietnam (CAAV) and the U.S. Trade and Development Agency (USTDA) to help improve aviation infrastructure in the country, Keskar said.

The Vietnamese aviation market has recorded the fastest growth in Southeast Asia and is expected to keep expanding more rapidly than other regional peers, the official added.

Regarding VietJet Air’s recent order to purchase 100 737 MAX 200 airplanes, Kiskar expected the Vietnamese privately-run airway not to face any hindrances in paying the deal, which is valued at US$11.3 billion at current list prices.

Under the deal, Boeing will deliver the airplanes to VietJet Air in four to five years, starting 2019 when the carrier’s financial capacity will improve, he said, adding Boeing has struck similar contracts with other airlines such as Indonesia’s Lion Air and others in India.

As a seller, Boeing will work closely with its clients to ensure they have required financial sources. VietJet Air can ask for loans from commercial banks, the official tipped.

According to Vietnam News Agency, manufacturers such as Boeing and Airbus usually offer lease-purchase contracts to help their clients finance large deals.

It is likely that VietJet Air, which is famous for its bikini-clad flight attendants, received a discount upward of 50% off list prices for the $11.3 billion agreement signed with Boeing on May 23 in Hanoi, according to Business Insider.