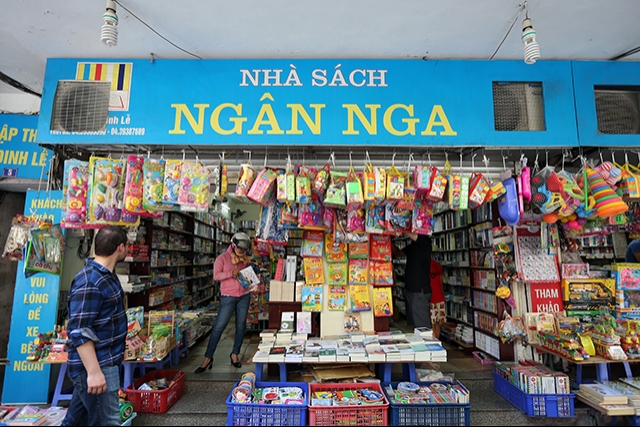 The funding for creating the book street and organizing related events will come from the city’s budget. The Hanoi Department of Information and Communications will be responsible for managing the content of books. Book stalls are available for publishers and booksellers at a fee.

At the beginning of this year Ho Chi Minh City introduced its own book street. In six months more than 200,000 books were sold and revenue of VND15 billion ($673,845) earned.

Besides the book street, Hanoi leaders are also considering mobile boọk streets with mobile book stalls whose design must be suitable with the beauty of Hoan Kiem Lake. Book streets create a unique part of pedestrian malls and will stimulate a reading culture among people in the city.

Reviewing the efficiency of the existing pedestrian mall in the Old Quarter, Mr. Dang Dinh Bang, Head of the Management Board of the Old Quarter, said it has dramatically developed tourism activities. Initially, people in Luong Ngoc Quyen, Hang Buom, and Ma May protested the ban on vehicles but after just a short period time the streets were bursting with visitors.

The pedestrian malls have created jobs for people in the Old Quarter, according to Mr. Pham Tuan Long, Deputy Chairman of the Hanoi People’s Committee. He estimated that about 98 per cent of people in the area have left their previous jobs to become involved in tourism.