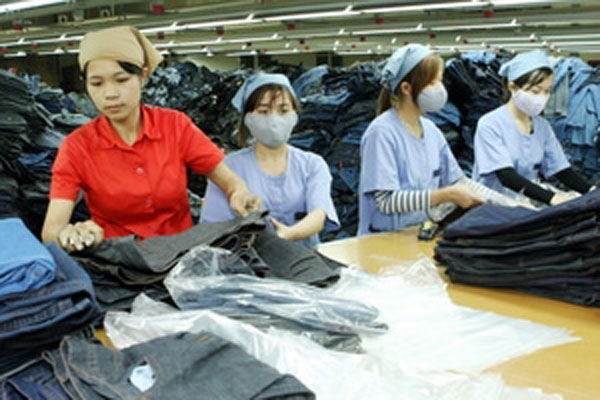 After the successful negotiation of the TPP recently, many cities and provinces have announced plans to open or enlarge their textile and garment industrial zones (IZs) in a bid to seize opportunities from the trade pact as international experts forecast that of the 12 countries that are party to the TPP, Viet Nam would see the biggest benefits in terms of economic impact. Viet Nam’s apparel and shoe manufacturers will also profit from lower import duties with the United States and Japan, they said.

HCM City, for example, has just announced the opening of seven new IZs mainly for textile and garment projects with a total area of roughly 2,000ha to prepare for the expected investment inflow.

In the southern province of Long An, infrastructure construction companies such as Tan Tao and Dong Tam have also asked for adding weaving and dyeing sectors in its IZ construction planning.

According to authorities in the Tin Nghia Industrial Zone in the southern province of Dong Nai, many foreign textile and garment investors have also asked for land to be leased in the zone.

To date this year, many foreign textile and garment investors have already set up production plants in the existing industrial zones. In the southern province of Long An alone, according to the province’s Economic Zone Management Board, as of September 30, it received 122 investment projects, mainly in textile, weaving and dyeing, footwear and plastics. The number was up 14.02 per cent against the same period last year.

While admitting that the development of the zones would help the textile and garment industry become more competitive and contribute to reducing the country’s trade deficit thanks to the use of domestic materials and accessories instead of importing sources as previously done, the MPI was also concerned about the environmental pollution as well as the imports of out-of-date and fuel consuming equipment and technology of the zones, as per a document sent to People’s Committees of cities and provinces last week.

According to the ministry, to capitalise on the TPP, besides paying attention to the occupancy rate, the construction of textile and garment IZs must also meet regulated standards on technology and environment.

It is also necessary to assess labour demands of the IZs to be able to provide suitable human resources, according to the ministry.