Bright outlook for FDI inflows in Vietnam
The establishment of the ASEAN Economic Community (AEC) by the end of this year is expected to create huge prospects for Vietnam to draw foreign direct investment (FDI) from other ASEAN countries.
Go Back 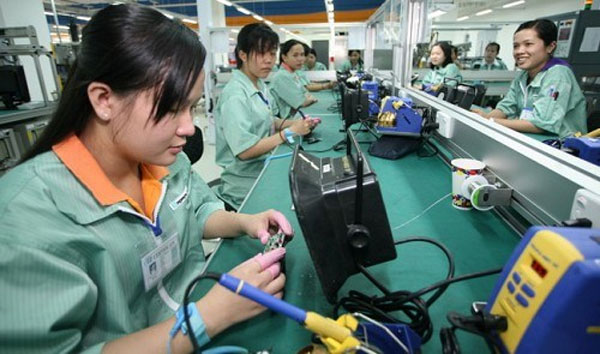 So far, eight nations in the bloc – Singapore, Malaysia, Thailand, Brunei, Indonesia, the Philippines, Laos, and Cambodia – are running 2,681 investment projects worth 56.32 billion USD in Vietnam, accounting for nearly 14 percent of foreign projects and over 20 percent of total registered capital in Vietnam.

Singapore is leading ASEAN nations in the field with 1,456 projects worth 33.45 billion USD.

ASEAN investors are present in 56 out of the 63 cities and provinces, and active in 18 out of the 21 sectors in the national economy. The processing and manufacturing industry makes up the majority of the bloc’s investment capital in Vietnam with 1,058 projects worth more than 24 billion USD.

The average capital of an FDI project from ASEAN is about 20 million USD, higher than that from other countries (14 million USD), according to the Ministry of Planning and Investment.

The Foreign Investment Agency under the Ministry of Planning and Investment said the prospects for Vietnam to draw FDI from ASEAN countries are enormous.

As an active member of the bloc, Vietnam has diversified bilateral cooperation across fields, the agency added. Its trade relations with other members are growing.

The ministry’s National Centre for Socio-Economic Information and Forecast said the formation of the AEC at the year’s end, along with the ASEAN Comprehensive Investment Agreement (ACIA), ASEAN Trade in Goods Agreement (ATIGA) and ASEAN Framework Agreement on Services (AFAS), would make the region more attractive.

Compared with other countries in ASEAN, Vietnam has more advantages thanks to its stable politics, and strong improvements to transport infrastructure and investment attraction policies.

The Vietnamese Government has created favourable conditions for domestic and foreign investors to operate in the country.