BT projects attract infrastructure investors
BT (build, transfer) is an attractive investment mode because the regulatory law is unclear. With BT, projects can be implemented after the two sides reach agreement.
Go Back 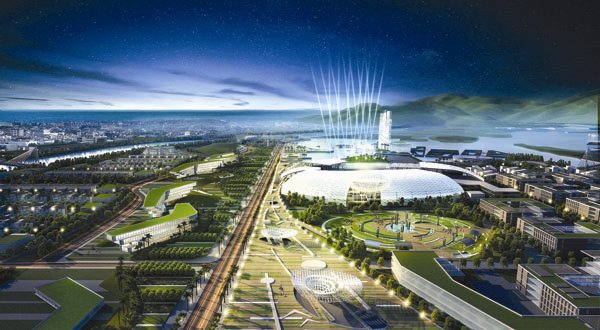 In fact, the ‘BT movement’ started three years ago with BT projects ‘mushrooming’ in many localities, especially in Hanoi.

Later, the ‘BT movement’ was replaced with a ‘BOT rush’ (build, operation, transfer). But the BT mode has quickly made a comeback. BT agreements can be used for bridge and road projects, but also for state agency offices and anti-flooding projects.

The Khanh Hoa provincial administration center project, for example, is a BT project with investment capital of VND4.3 trillion. The administrative centers in Hai Duong province (VND2.06 trillion), Nghe An (VND2.2 trillion) and Hai Phong are also built under the BT mode.

The local authorities do not use money from the central and local budgets, but pay investors with land in the localities. Therefore, BT investment mode is called the ‘exchange of land for infrastructure’ mode.

An analyst noted that the BT movement slowed down some years ago because the real estate market became frozen. As the market has recovered recently, the movement has broken out again.

The investors transfer construction works to local authorities as soon as they finish the works, while they get payment in land, not cash.

Under current laws, investors will have to follow complicated procedures to get public land allocated. And they can only obtain land after attending land auctions and pay high prices.

Meanwhile, if they implement BT projects, they will be able to obtain land with more simple procedures, provided that the local authorities and the investors can reach agreements. In most cases, investors can get land at prices much lower than the market prices.

Pham Sanh, former head of the Phu My Bridge project management board, noted that wrongdoings may occur in BT projects when investors overvalue the projects and undervalue the land paid by local authorities.

The Ministry of Planning and Investment (MPI) discovered the “tricks” in an inspection tour in 2012. It found that the difference in the projects’ value shown on the contract and the real value was as much as trillions of dong.

Thanh from FETP said that the BT mode was mentioned in some legal documents, but the legal framework on the investment mode remained unclear. It is this lack of transparency which attracts investors.