Building strong small business brands for Vietnam
An effective brand strategy involves crafting a positive image of a company that invokes trust and confidence in the eyes of the public, says PhD Nguyen Quoc Thinh, a lecturer from the Vietnam University of Commerce.
Go Back 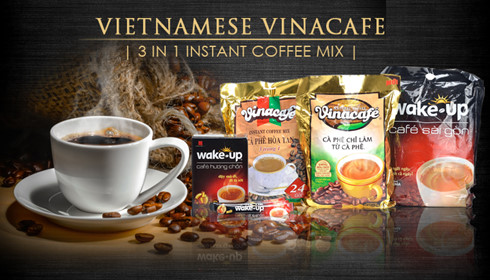 A brand is one of the most valuable assets of any company, he said at a recent speech in Hanoi, and building and protecting a brand should be a high priority for all local businesses of any size.

In today’s globalized business world, a brand has many benefits. It most often accounts for a consumer’s decision to choose one company’s product or service over that of another competitor.

Strong brands not only allow for a company to distinguish its product from that of its rivals but also permit it to charge a premium for its product, create reservoirs of goodwill and help it expand into new markets, said Mr Thinh.

Who do you trust?

The fundamental problem that local companies face is that they are moving from a business climate largely characterized by cooperation with the government to one of open market competition.

Mr Thinh said most local companies as of yet haven’t made the transition and have failed to take the initiative to fend for themselves and effectively market themselves and establish their brand identity.

As evidence, he cited the results of a recent study conducted by the Vietnam University of Commerce. Since 2003, the government has had a program in place to help local companies create their brands internationally.

The program was specifically aimed at exporters, to encourage them to work in concert with the development of a national trademark. Yet a recent survey by the Vietnam University of Commerce revealed that only nine companies out of the 147 surveyed had ever heard of the program.

Ideally the program was supposed to work so that tra and basa catfish exports to overseas markets, such as the US, would be dually labelled as coming from Vietnam along with a specific company name, said Mr Thinh.

“This would allow for the nurturing of both the ‘Made-in-Vietnam’ national trademark while simultaneously reinforcing the company brand.”

He said it would also permit customers in the US to develop a high level of loyalty and trust in specific catfish brands shipped from Vietnam. As it stands now customers only know that the catfish originated from Vietnam.

As a consequence, if a customer in the US purchases an inferior catfish product and is dissatisfied, the customer associates the poor quality with all products Made-in-Vietnam and not just the one specific company directly responsible.

“Think about it,” said Mr Thinh, if only one out of 70 companies produces an inferior product, the other 69 suffer the consequences in lost sales, diminished reputation and the national trademark is impaired.

Vu Xuan Truong from the Vietnam University of Commerce in turn pointed out the importance of local companies registering their band names at the Office of Intellectual Property of Vietnam.

The most profitable companies around the globe, small and large, have a single thing in common, said Mr Truong, they have established themselves as a leader in their particular industry by building a strong brand.