Business group says 60 percent of companies in Vietnam not making profit
Many businesses operating in Vietnam are not making any profit and most of them are too small to keep the economy stable, a business group has said.
Go Back 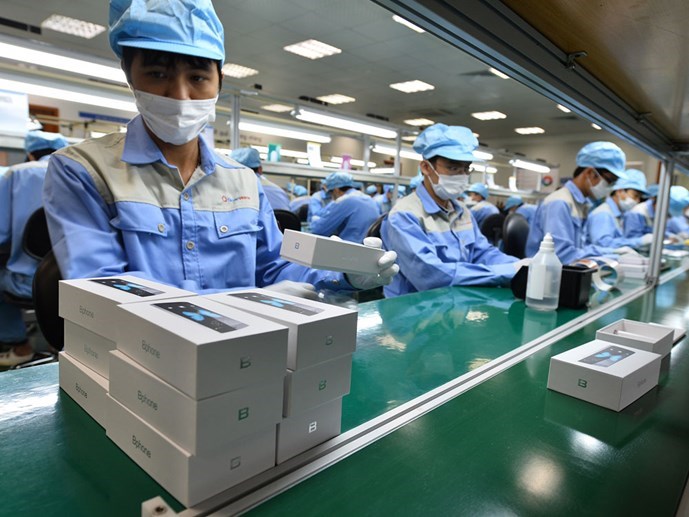 The lack of large and medium enterprises is considered a threat to the economy. Photo: Anh Vu

Many businesses operating in Vietnam are not making any profit and most of them are too small to keep the economy stable, a business group has said.

Vu Tien Loc, chairman of the Vietnam Chamber of Industry and Commerce (VCCI), which represents thousands of businesses in the country, said more than 60 percent of more than 500,000 businesses in operation are barely breaking even or facing losses.

Vietnam is expected to see an economic growth of over 6.5 percent this year, the quickest since 2010. But Loc said the macroeconomy does not reflect the poor health of the business community.

More than 54,000 businesses went bankrupt, shut down or were suspended this year, down from previous years but still “pretty high,” he said.

Loc said the community also has a crisis in terms of scale, with 96 percent of them either small or super small with less than VND20 billion of capital. Super small firms are those employing only ten people.

Less than 2 percent of the businesses are of large size and 2 percent medium size.

Loc said the lack of big enterprises is not a major problem for the country at the moment, but it’s “dangerous” without enough medium enterprises.

“The economy will be unstable… With mostly small enterprises, Vietnam will not be able to connect with the world’s economy,” he said.

Loc said he supports the government’s plan to provide further tax incentives to businesses, like aborting the penalties for late tax payment. Vietnam is charging a corporate tax of 22 percent.

“Many companies have been in difficult situation and they cannot afford to pay taxes. So all measures to delay, reduce or waive taxes are necessary.”

He said tax authorities should also minimize procedures and create a transparent environment to save businesses both time and money.