Businesses facing increased risks in international trade
Many Vietnamese businesses have been reportedly tricked by foreign partners from Morocco, Canada, New Zealand and the US recently.
Go Back 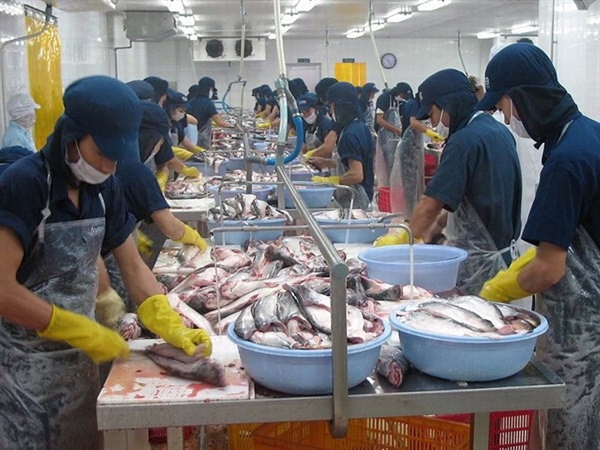 Vietnam is a big seafood exporter

After the delivery, Vinh Hoan sent letters to Al-Reda, the foreign partner in the time between July 2015 to December 2016, requesting payment for the goods.

However, it tried to avoid payment, citing many reasons. Only after a series of drastic measures taken by Vinh Hoan and the intervention by the Vietnam Association of Seafood Exporters and Producers (VASEP) did the company pay the debt in 2017.

The Go Dang Seafood Company sold a number of consignments of goods to Echopack, valued at over $100,000 in total, but did not get money from it.

However, the bank did not transfer money as expected, while Echopack showed signs of cheating when registering the signature which was different with the signature in the procurement contract.

According to VASEP, at least 10 Vietnamese businesses have become victims of Echopack and General Equity.

The businesses later discovered that the buyer submitted to the bank contracts with signatures different from the signatures shown in the contracts signed between the two sides.

This means that Echopack had the intention of cheating Vietnamese exporters when using contracts with different signatures.

Officials from the Ministry of Industry and Trade have warned that bogus companies in many countries recently conducted a series of swindling cases against Vietnamese businesses and they were successful in many cases.

The businesses have to look for new markets, but they cannot learn much information about partners.

The Vietnam Embassy in Spain has recommended businesses not make transactions with Macrotex Trading SL and Gold Nuts. The former registered business in Spain, but according to Spanish customs agency, the name is not on the list of farm produce importers. It might be an intermediary which buys goods to sell to third countries.

Meanwhile, the company named Gold Nuts in Ceuta asked to buy Vietnam’s products in March 2018 and had the intention to deceive Vietnamese exporters, but it failed to do so.