Cattle feeders in Vietnam feel sting of fast changing market
Vietnam cattle feeders spent millions of US dollars importing 311,523 head of Australian young beef calves last year— betting that retail prices for beef on the supermarket shelves had nowhere to go but up.
Go Back 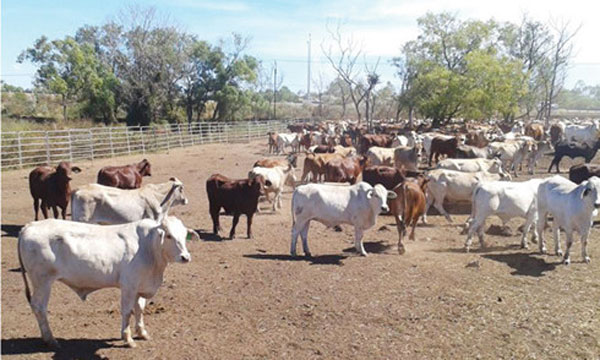 Now the feeders, who buy calves and fatten them for sale to slaughterhouses, say the market is in a downturn, and they’re having second thoughts about the decision to increase their cattle herds.

Company officials at Ket Phat Thinh (KPT), one of the largest importers of cattle in Vietnam, said there are just too many head in the supply chain and that is driving the retail price of beef down.

“Those who expected an uptick in the fed-cattle industry prices early this year are lacking in an understanding of the market and how it works,” said Vo Xuan Hoa, operating manager of KPT.

Hoa said the excessive purchases last year were more the result of wishful thinking than borne of any fundamental grasp of the market trends and sound logical reasoning.

There are only a handful of feedlots in Vietnam, said Hoa, and by watching the size of herds and historical trends, feeders generally can make reasonable bets on the price they pay for calves and the price they will receive for fattened cattle.

“Whatever the cause,” said Hoa, “inventories of live cattle have swelled and if prices for fattened cattle don’t improve soon there is going to be a shakeout in the feeding industry.”

“Operators simply don’t have the wherewithal to absorb the huge losses they’re facing.”

Hoa said this year imports of feeder calves from Australia to Vietnam have slowed dramatically to only roughly 20,000 head as feedlot operators move to lower their inventories.

He estimates the total demand for fattened beef cattle in Vietnam for 2016 is only 200-250,000 head, which is far below current inventory levels of fattened cattle on the feedlots throughout the nation.

Compounding the problem is the fact that import costs have also risen significantly and are now hovering around US$3 per kilogram live weight for the Vietnamese buyers.

An average feeder calve weighs 350-400 kilos and it takes three to four months of feeding to get them to the desired weight for the slaughterhouse, so operators like us are really feeling the market sting, said Hoa.

The leap in the cost of beef is being driven by the fact that the Australian beef industry is in a major rebuilding effort.  Over the past three years, Australian farmers were in a drought-induced herd liquidation mode.

“Now that they [Australian farmers] are replenishing their inventories, the cost of beef to Vietnam feedlot operators is escalating,” he said.

Hoa said his company has imported close to 300,000 young beef calves since its inception three years ago. “When we first started we were paying around US$2.10 [per kilogram] live weight and now it’s hit US$3,” he said.

The higher cost is really squeezing profits and we just can’t make any money buying calves, feeding them and selling them to the slaughterhouses at US$3 per kilo, said Hoa.

“Once you factor in all of the costs including feed, medical costs and death losses, the profit incentive just isn’t there right now,” he said.

“Additionally,” Hoa said, “there is no money in simply importing and reselling immediately.”

Combined with record production of pork and poultry, it all adds up to more competition on supermarket shelves — and that really is putting the pinch on the retail prices for beef cattle.