Chip firms eye global markets
Vietnamese semiconductor companies will have an opportunity to introduce their businesses to global producers during a business mission that finishes tomorrow.
Go Back 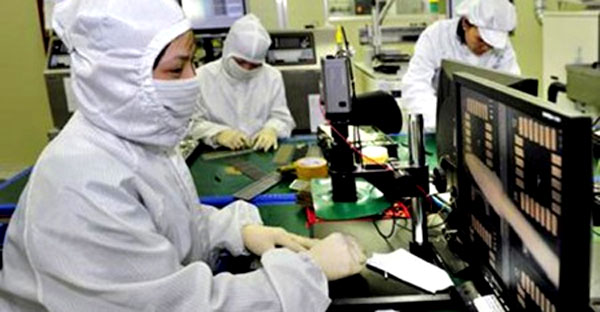 The business mission, a meeting between domestic and foreign companies, was organised by Hoa Lac Hi-Tech Park (HHTP) and the US-based Semiconductor Equipment and Materials International (SEMI) in an attempt to improve Viet Nam’s semiconductor industry.

SEMI is a not-for-profit global industry association serving the manufacturing supply chain for the micro- and nano-electronics industries, such as semiconductors, printed and flexible electronics, and flat panel displays.

The business summit is an opportunity to introduce global microelectronics developers to local officials and producers involved in the development of the Vietnamese semiconductor industry, said Pham Dai Duong, director of HHTP’s management board.

“Participants will be able to discuss Viet Nam’s policies and investment values in the country as the Government and local enterprises look to improve the local semiconductor industry,” Duong said.

The event will include networking sessions and a facility tour, during which foreign companies and SEMI will be introduced to one of the hi-tech companies operating in HHTP, he added.

Kai Fai Ng, president of SEMI Southeast Asia, said there would be about 70 participants in the business mission, including those from Singapore, Malaysia, China and the US.

The event organisers received about 42 registrations for the event from companies, including local firms, he said, adding that he was expecting more local firms to show up at the summit.

Viet Nam has been recognised on the global semiconductor market as a potential market for foreign investors after two successful business summits in 2013 and 2014 in HCM City, Ng said.

The HHTP and SEMI also signed a Memorandum of Understanding (MoU) to promote the partnership and co-operation between two organisations.

Under the MoU, the HHTP will help SEMI meet with Viet Nam’s government agencies and local enterprises. They would discuss procedures on how to establish a business in the country, and understand the opportunities and challenges offered by the local market so that SEMI members are able to develop partnerships in the semiconductor sector.

SEMI was founded in 1970 and has gathered about 1,900 member companies, providing a variety of services for its members such as market research, development of education, hi-tech awareness for high schools and universities, and improvement of worker productivity.