Coal investments to be reduced
The total capital demand of the domestic coal sector by 2030 would be around VNĐ269 trillion (US$11.9 billion), 2.5 times less compared with the previous master plan.
Go Back 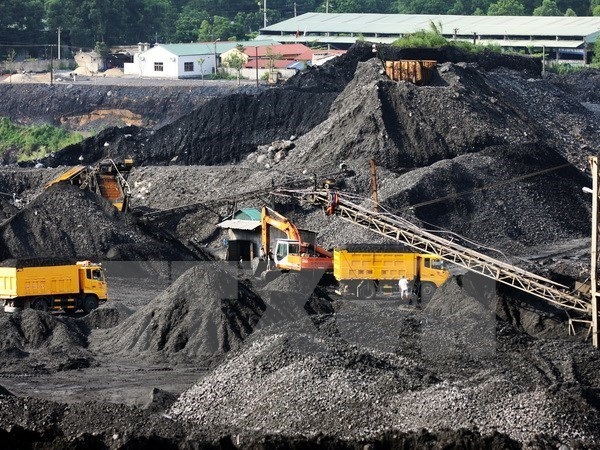 A coal mine in north-eastern Quảng Ninh Province. The sector hopes to reduce coal losses to 20% in underground coal mines and 5% in open-pitcoal mining by 2020. — VNA/VNS Photo Trọng Đạt

This information was released at a ceremony to announce a new master development plan for thecoal sector by 2020 with a vision towards 2030 held yesterday in Hà Nội.

The capital would be focused on investments and the expansion of coal projects. It could be arranged from a combination of different sources such as commercial loans, preferential loans and mobilising on the stock market.

Nguyễn Khắc Thọ, deputy director of the ministry’s General Directorate of Energy said the ministry announced the new master plan because the demand for coal in sectors that used a lot of energy such as thermal electricity and cement had seen many changes.

“The new plan has updates to suit the sector’s current reality though the old plan has so far met with the energy demands of the country,” Thọ added.

The reduction in coal output would be one of the reasons for lower capital demand, he said.

He said that the new plan has taken into account several plans to ensure the capital by mobilising build-operate-transfer (BOT) and public-private partnership (PPP) models.

“The target of the coal sector is to meet the coal demand of local households and to ensure energy security,” he added.

The sector also targeted to reduce coal losses to 20 per cent in underground coal mines and in open-pit coal mining to 5 per cent by 2020.

The plan aimed to exploit, process and use coal effectively to save the natural resource. The Government would give priority to domestic coal demand and consider gradually reducing overall exports as well as exporting types of coal that are not in high demand in the country.

The plan also pays attention to promoting the application of advanced technologies in coalexploration, exploitation and processing for the sector’s sustainable development.

The deputy director also affirmed that firms would be encouraged to import coal if they meet with regulations. The imports would not affect the National Coal and Minerals Industries Holding Group (Vinacomin).

Statistics from the ministry show that the total coal reserves of the country was 48.88 billion tones.