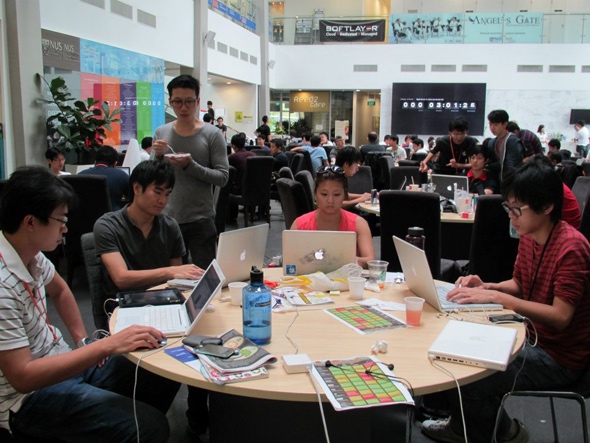 Temasek, the investment corporation belonging to the Singaporean government, in late May invited regional firms, including Vietnamese, to an event organized in cooperation with Google.

The CEO of an internet firm, who participated in the meeting, said that besides him, the managers of some other technology firms were also invited to the event and most of them either have, or are going, to set up companies in Singapore.

Singapore is where many global companies such as Facebook, Google and Apple set up branches, offices and subsidiaries to oversee the companies’ South East Asian markets.

Analysts said that the wave of setting up businesses in Singapore began two years ago as businesses have realized the great advantages in setting head offices in the country.

Many stories on how to set up and maintain businesses in Singapore are shared on social networks.

With the advantage of providing services without borders, internet firms have the most favorable conditions to establish companies in Singapore.

Most recently, an event on how to set up businesses in Singapore was organized on July 8 in HCM City by SHIELD and Alpha Business Solutions (ABS).

The director of a digital content firm in Vietnam said Singapore is attractive because of its open business policies and modern management which allows businesses to compete in a healthy way.

He also believes that it would be easier for Vietnamese businesses to call for capital from foreign funds if their businesses are established in Singapore.

Internet businesses, receiving money from Google, have to issue invoices and pay VAT of 10 percent. To approach customers, they also have to spend money to buy ads on Google and pay 10 percent of contractor tax. This means that for every 1 million dollars worth of revenue, they have to pay $200,000 for VAT and contractor tax.

Meanwhile, foreign companies, when providing services in Vietnam, don’t have to pay the taxes. Google and Facebook offices in Singapore provide services throughout the region.

Though earning big money in Vietnam, the two giants don’t have to pay taxes to Vietnam. Vietnamese firms like to ‘copy’ the business model of Google and Facebook.