Condotels growing in popularity in Vietnam
The condotel market in the first five months of 2016 showed a strong increase in new supply, according to a CBRE report released on June 2.
Go Back 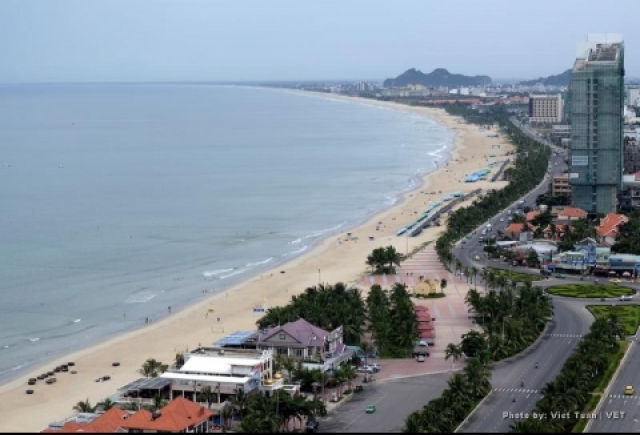 There were 2,436 units from six projects launched in the market in the first six months, 89 per cent of which were in the high-end sector, such as Vinpearl Riverfront Condotel Da Nang, Ariyana Beach Resort & Suite Da Nang, Alphanam Luxury Apartments, Ocean Suite (Block B), FHome (Block A), and Cocobay Ocean Condotel.

The total supply from condotel projects increased to 3,084 units, of which high-end developments accounted for the largest proportion, of 76 per cent, followed by the mid-end (16 per cent) and the luxury segment (9 per cent).

Two more projects are expected to come online early in the third quarter: Tourane Condotel and Condotel Central Coast Da Nang, adding more than 800 units to the market, according to the report.

New supply caused the average asking price in high-end projects to fall by 4.8 per cent while mid-end projects increased slightly, by 0.4 per cent, compared to the fourth quarter of 2015, while prices in luxury projects remained unchanged. Developers offered small discounts to early buyers at new launches, of 3 to 5 per cent.

Buyers from Hanoi and northern cities dominate the second home market in Da Nang, accounting for 75 to 85 per cent of successful transactions and most request access to a rental pool program.

“In terms of future launches, 1,629 units from six projects are expected to be launched in the next six months, most of which are in the mid-end segment,” the report stated.

Second home villas saw no new supply enter the market in the review period, staying at 788 units from 14 projects. Sixteen villas will enter the market from the second phase of the Nam An Residence project early in the third quarter.

Projects with a program guaranteeing rental yields are more attractive to potential buyers, according to Mr. Marc Townsend, Managing Director of CBRE Vietnam.

Average asking prices remained unchanged in the review period and are expected to remain stable in most projects over the next quarter.

Developers will continue offering incentives to encourage prompt payment. Asking prices for second home villas in Da Nang range from $250,000 to $2 million, of which the largest proportion, 57 per cent, is from $500,000 to $900,000.

With rapidly improving infrastructure, Da Nang is to become the business and commercial center of central Vietnam and an events city in Vietnam.