Da Lat plants more than 1,000ha of flowers
Flower villages in Da Lat in the Central Highlands province of Lam Dong have planted 1,000ha of flowers for Tet (Lunar New Year), according to the provincial Department of Agriculture and Rural Development.
Go Back 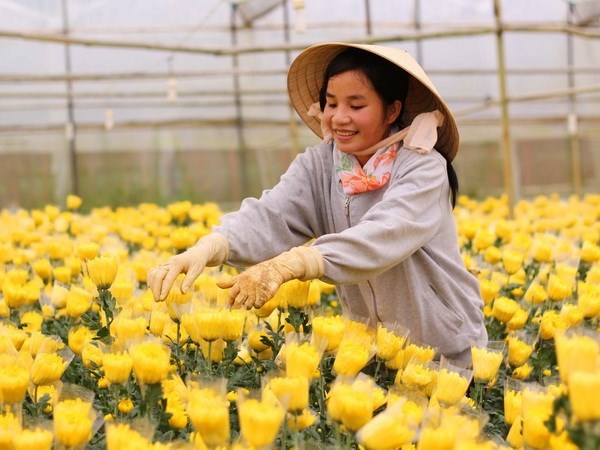 A farmer works on a field in Thai Phien flower village.

The growing area for the main flower under cultivation, lily flowers, will be expanded by 30ha.

Nguyen Van Son, the department’s deputy head, said that agencies had advised farmers to co-operate with companies and wholesale markets before cultivation.

During the freshly-concluded flower festival in Da Lat, the People’s Committee of Lam Dong province recognised Xuan Thanh village in Xuan Tho commune as a new “traditional flower village”.

Over 10 kilometres far from Da Lat city, the village boasts 149 hectares of flowers, including 117 hectares left for flower growing in greenhouses and about 20 hectares for flower production using drip-irrigational technology.

Lam Dong is currently home to nearly 8,000 hectares of flowers with a yield of nearly 2.5 billion flowers per year.