Doors to export markets narrow for steel manufacturers
It has become more difficult to export steel products to large markets amid the strong rise of protectionism. Steel manufacturers have been advised to protect and exploit the domestic market, which is full of potential.
Go Back 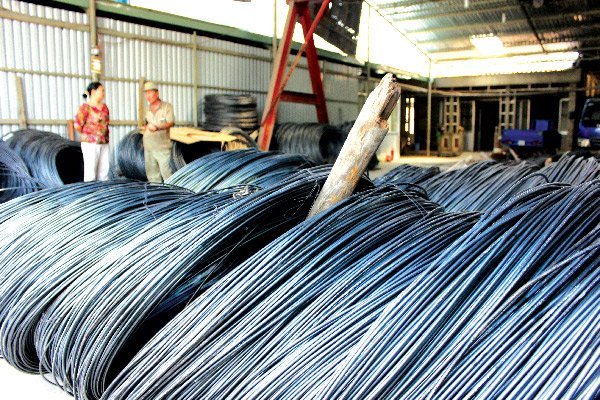 It is now more difficult to export steel

The pressure on Vietnamese steel exporters is getting stiff. Soon after the US began imposing high tax rates on steel and aluminum imports from some countries, including Vietnam, the EU announced it would levy tax on 23 products imported to the market.

As such, the ‘tariff wall’ has been reinforced by the EU, which fears that steel manufacturers, meeting barriers in the US market, will shift to export products to the EU and put local manufacturers at a disadvantage.

The US now consumes 15 percent of Vietnam’s steel exports, and the EU more than 10 percent. About 60 percent of total output is exported to other Southeast Asian markets and the remaining to other markets. This means that the closure of the EU and US markets would have significant impact on Vietnamese manufacturers.

Therefore, Vietnamese enterprises need to re-set their investment directions, restructure product lines and reorganize the markets to exist in the long term.

Nguyen Van Sua, deputy chair of the Vietnam Steel Association (VSA), said in the face of the strong rise of the protectionism which will be stronger in the future, Vietnamese steel manufacturers need to improve their competitiveness by utilizing modern technologies to create high-quality products at reasonable prices.

He also emphasize the need for new markets to ease the reliance on certain markets. To offset the decline in the exports, manufacturers have been advised to preserve the domestic market at any cost.

An analyst also said the domestic market has a lot of potential. But this is a fierce battlefield as local manufacturers have to compete with imports which have been increasing.

A report showed that 1.5 million tons of galvanized and color coated iron sheet were imported to Vietnam in 2017.

However, manufacturers would find it difficult to preserve the domestic market without trade remedies that restrict imports.

Though Vietnam’s agencies have been setting up a legal framework to protect domestic production, there are still loopholes through which imports can penetrate the domestic market.

Vietnam’s average steel consumption per capita is 200 kilograms per head per annum, a low level compared with other countries. Steel manufacturers can export 20 percent of their output, while the remaining 80 percent is consumed domestically.