E-commerce firms see benefits in Alibaba’s acquisition of Lazada
Vietnamese e-commerce firms are excited rather than worried about the news that Alibaba has taken over Lazada.
Go Back 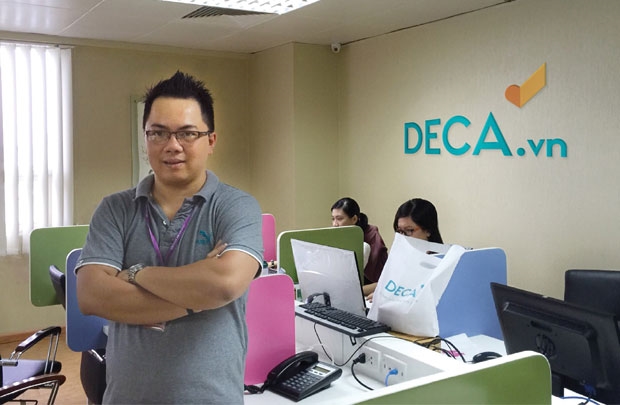 Le Thiet Bao, marketing and e-commerce director of Bibomart, commented that there was no need to worry about the new giant in the Vietnamese market, and that what Vietnamese firms need to do is to try to do their jobs well.

Bao thinks that Alibaba, with its business strategy and know-how on running e-commerce chains will not let Lazada run with heavy losses anymore.

He said Lazada will no longer have subsidies and huge marketing budgets, but it will have to optimize the business costs. This will be fair for the young e-commerce market, while will provide opportunities for newly invested businesses such as hotdeal, tiki, cungmua, and nhommmua to expand their business.

“Therefore, I think the takeover would do more good than harm to the market and I welcome it,” Bao said.

When asked if he was worried that Alibaba would bring more Chinese goods to Vietnam, which has been flooded with Chinese goods, Bao said that Chinese goods have been present in Vietnam for a long time, even without Alibaba.

“Vietnam’s e-commerce just handles less than one percent of the distribution market, while Lazada is just one of e-commerce firms. Therefore, it would have no big impact on the market,” Bao said.

When asked to make comment about Alibaba as a rival, Nguyen Hoa Binh, CEO of Peacesoft, which runs chodientu.vn website, said, if Alibaba, as described by Jack Ma, is  the ‘crocodile in the Yangtze’, Peacesoft will be the piranha which is ready to compete equally in the Vietnamese market.

An e-commerce website which is about to make debut at 40tencuop.com has said it was ‘declaring war with Alibaba’.

Commenting about the ‘declaration of the war’, Bao said that there was no need to confront Alibaba, because ‘when the water level rises, the boat will be floating’, i.e when the market improves, all members will get benefits.

Thanh Nien quoted analysts who said that the presence of Alibaba would bring benefits to Vietnam.

Experts all noted that e-commerce in Vietnam requires a lot of money. And if Alibaba accepts to pay ‘a mountain of money’ for Lazada, it should be seen as good news.

The second thing Alibaba would bring to Vietnam is a plentiful supply of goods, the problem which remains ‘open’ in Vietnam. To date, e-commerce firms have still been heavily depending on imports.

This means that money and goods, the two things Vietnam’s e-commerce needs, will be brought by Alibaba.

Vecita, the watchdog agency in e-commerce, on April 14 released a report on Vietnam’s e-commerce. Lazada.vn tops the list of 10 e-commerce websites with the highest revenue.