Economic sovereignty stressed as FFI landmark nears
Potential threats to the nation's economic sovereignty, natural environment and social fabric should be limited to the maximum extent possible, a foreign investment expert has said.
Go Back 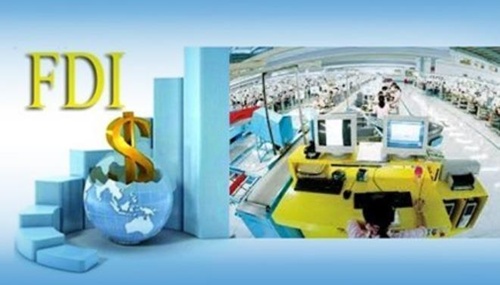 In an article penned for the Thoi bao Kinh te Viet Nam (Việt Nam Economic Times) newspaper to mark 30 years of Việt Nam receiving FDI (2017), Thang said past experience would help the country set new development trends for foreign investment in the context of changes in the international and regional situations.

These included terrorism, incursions into territorial waters, complicated relationships among big countries, slow growth of the global economy, he added.

“It is a must that in the times ahead, State management focuses on how to efficiently use FDI to sustainably develop the country’s society and economy,” Thang said.

In making FDI decisions, Viet Nam should not just see it as a foreign capital resource for development, but also consider its implications for the “environment, national security, culture, national economic independence and self-control,” he stressed.

He said the State should limit to the maximum potential threats to economic independence, ensure social order and security (he referred to the Australian Government refusing to let Chinese investors participate in an electricity grid project); define nationality of investors, establish a balance between foreign and domestic investment, and draw up a list of sensitive fields and industries that cannot be opened to foreign investment.

Viet Nam should focus on attracting FDI into high-tech agriculture and services sectors including tourism, and limit it in real estate, logistics, retail and wholesale sectors.

“Such industries should be given to domestic investors,” he said.

In the first seven months of this year, FDI recorded a year-on-year increase of 47 per cent with a total registered capital of US$12.8 billion, effectively reversing a decline during the same period last year.

Over 70 per cent of the registered FDI was in the manufacturing and automation industry at $9 billion.

It cited as examples the 4P company having its own plant to produce chipsets within LG Display Hai Phing’s production chain, the Samsung R&D centre in Ha Noi for high-tech electrical, electronic and telecommunication products, and the wind power plant in Tra Vinh Province.

The export turnover of FDI projects including crude oil was $70 billion, accounting for 71 per cent of the national figure.

It is expected that this year, FDI will surpass targets for both registered and disbursed capital by around 5-10 per cent at $25 billion and $15 billion respectively (compared to $24 billion and $14.5 billion in 2015).

“Relevant authorities should pay attention to the number of small-size projects with a capital of under $1 million. The umber is increasing as was the case 30 years ago when Viet Nam started receiving FDI,” Thang said.

The number of such projects has been estimated to account for around 60 per cent of this year’s FDI and “this situation will require more research in the coming time as we examine FDI efficiency,” he added.

He also noted that many long-term problems continued to plague the local economy, including low localization in manufacturing and automation, weak support industries, and weak links between FDI projects and domestic businesses.

Eighty per cent of FDI enterprises were still under 100 per cent foreign ownership, he said.