Electric bike manufacturers anxiously wait for EU decision
The Ministry of Industry and Trade (MOIT) has asked to strengthen inspection and supervision over the granting of Vietnamese certificates of origin to electric bike exports to Europe.
Go Back 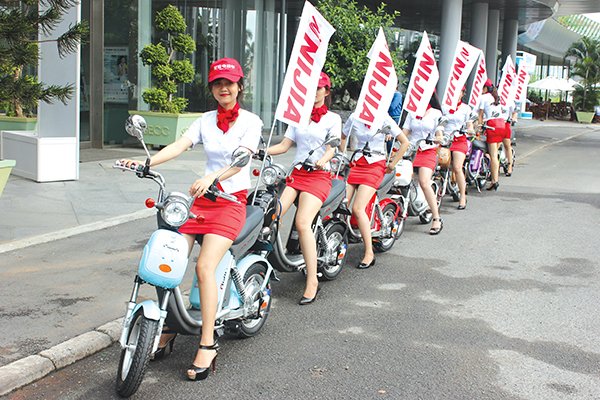 The request was made after the warning that the product may be subject to an anti-dumping duty avoidance investigation raised by the EU.

Chinese bike manufacturers may forge Vietnamese origin to export their products to the EU to avoid the duties. This is bad news for Vietnamese manufacturers who have to import bike parts for domestic production.

Before the taxation decision was released, Vietnam’s electric bike exports to the EU had increased sharply.

This was equal to 12.4 percent of total electric bike imports to the EU.

In theory, taxation on Chinese manufacturers will bring bigger export opportunities to Vietnamese enterprises. However, in fact, they do not feel happy about this, receiving the news with anxiety.

The problem is that many enterprises are now importing many kinds of bike parts from China for domestic production.

A manufacturer said that electric bike exports to Europe use a high proportion of Chinese parts, including lithium batteries.  While domestic supporting industries are still underdeveloped, Chinese bike parts meet European standards and prices are reasonable.

That is why many other countries, including European ones, rely on bike parts imported from China. As the world’s production base, China makes bike parts in large quantities to supply to manufacturers.

This also explains why the EU’s taxation decision faced opposition from LEVA-EU, a group of European importers which said that the tariff aims to protect a few big producers.

Phi Thanh Long from Pega, a bike manufacturer, said his company once tried to export electric bikes to Spain and France in 2016 with this kind of battery, but later gave up the plan because of the quality of Chinese lithium battery.

The company is now focusing on the domestic market while carrying out R&D to make batteries domestically.