Enterprises not spending enough on modern technologies: experts
While robots have been used widely at many factories around the world, few are seen at factories in Vietnam, according to La Manh Hung from University of Nevada.
Go Back 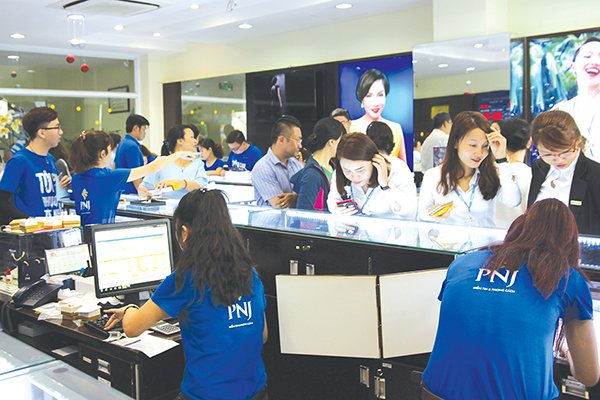 Stiff competition caused Minh to hire many workers. Despite measures to attract workers, however, Minh Phu never had more than 14,000 employees.

But the company found a solution. Previously, workers had to classify shrimp manually by considering color, size and water residue. Now the work can be done quickly and accurately with machine scans.

Under normal production conditions, one shrimp pond needs two workers but with AI, one worker can control over 50 shrimp ponds.

Also according to Quang, with AI, Minh Phu can identify the five ponds with the highest yields and quality. The farming formula of the five ponds will be applied to other ponds in the next crops.

Regarding the investment rate, Quang said at first Minh Phu thought the cost would be very high.

“The cost is acceptable,” he said, adding that it was even more costly to solve the manpower problem.

Quang believes that AI on a large scale would reduce the number of workers by 70 percent.

He said in a society where everything and everyone are moving fast thanks to technology, those who stop or go slowly will be losers.

Until 2012 PNJ had focused on making bullion gold. However, it had to change its business strategy as the State Bank in 2012 set up a new policy to tighten control over the gold market.

“Modern technology allows us to identify the number of visitors in the morning, afternoon and evening so as to organize working shifts in a reasonable way,” a representative of PNJ said.

According to the Ministry of Industry and Trade (MOIT), 97 percent of enterprises are small and micro and meet challenges in capital mobilization, technology application, labor force and innovation capacity.