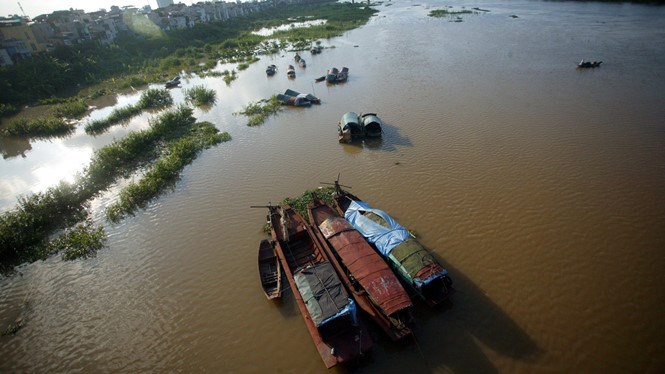 The US$1.1 billion plan, proposed by Xuan Thien Company, also involves dredging half of the 556-kilometer river to ease movement. The Ministry of Planning and Investment, which backed the plan, have recently submitted it to Prime Minister Nguyen Xuan Phuc for approval.

In a statement released on Wednesday, Vietnam Rivers Network said that building more hydropower plants and dredging the river will negatively affect the flow and the irrigation system, causing water shortages for agricultural activities and daily use to millions of people in Hanoi and seven Red River Delta provinces.

The group also said the project will obstruct the migration of fish and badly affect the ecosystem.

In addition, the combined capacity of six power plants – 228 MW – will add less than 1 percent to the nation’s total electricity output, which is too small to justify the environmental impacts, according to the group.

The government is looking to reduce the country’s dependence on hydropower, following claims of mismanagement at many local plants and their environmental damages.

Since 2012, hundreds of existing and planned hydropower plants, mostly of medium and small size, have been reviewed. The government scrapped nearly 420 proposed plants at the end of 2013.

The total generation capacity of the country is expected to reach 42,300 MW this year. Hydropower plants account for 30 percent, according to media reports.