EU believes in positive impact of trade deal with Vietnam
Members of the European Union (EU) have expressed their belief in the positive impact that the bloc’s free trade agreement with Vietnam (EVFTA) will have on bilateral trade relations.
Go Back 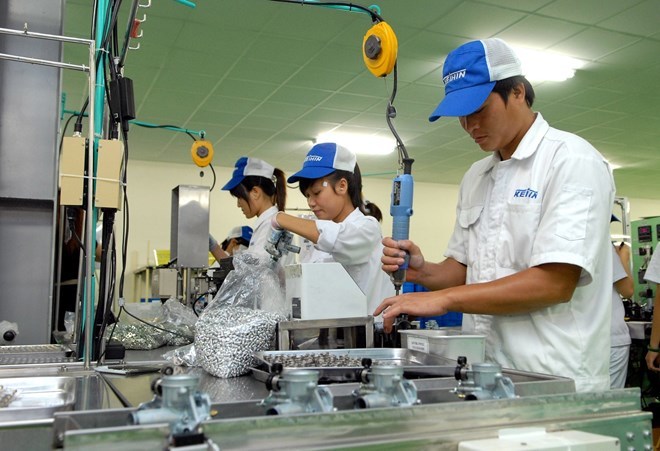 The deal, signed in Hanoi on June 30, is the first the EU has inked with a developing country in Asia, paving the way for the gradual reduction of up to 99 percent of tariffs between the two sides, as well as for the opening of the service and public procurement markets.

Vietnam is currently the second biggest ASEAN trade partner of the EU, which is also one of the key trade partners of the Southeast Asian nation. Bilateral trade reached 55.8 billion USD in 2018.

According to German Federal Minister for Economic Affairs and Energy Peter Altmaier, the EVFTA will consolidate rules-based trade and resist protectionism. It will ensure German products’ access to Vietnam as well as German businesses’ investments in this growingly important market.

Volker Treier, Chief Executive of Foreign Trade at the Association of German Chambers of Industry and Commerce, said the EVFTA creates a significant impetus to Germany’s economy. The bilateral trade is currently below 13 billion EUR (14.7 billion USD), but it will increase considerably to around 20 billion EUR in the next several years.

Meanwhile, Lucie Vondrackova, Director of the Department of Trade Policy and International Economic Organisations under the Czech Ministry of Industry and Trade, believed that the agreement will generate big benefits for both Vietnam and the EU. Particularly, the removal of the 99 percent of tariffs will help exporters and importers of both sides save cost.

That will facilitate Czech firms’ exports they have strength in like textile-garment, glass, automobiles, mechanic and electronic products, food and chemicals.

Echoing this, Vice President of the Czech Chamber of Commerce Borivoj Minar said the deal will help bolster trade between Vietnam and the EU, including the Czech Republic, noting that his country has strength in and stands ready to cooperate with Vietnam in machine manufacturing, mining, food and agricultural product processing, and beer production.

According to a recent article on the website irishexaminer.com of Ireland, the EVFTA is a good deal for the EU member states, particularly Ireland, as it will help Irish exporters of goods increase from the current 65 million EUR. More importantly, there is the long-standing services trade connection which last year amounted to exports of 164 million EUR.

Apart from officials, businesses of the EU have also put a high valuation on the trade deal with Vietnam.

Pascale Rouhier, Secretary General of the European Liaison Committee for Agricultural and Agri-Food Trade, said the deal would cause positive impact on Europe’s farm produce with the hope that Vietnam will become a medium-sized but important export market of the EU.

Once the deal becomes effective, it will promote the trade of some products that the bloc is unable to produce like nuts, coffee, tea and aquatic products, she added.

For his part, Pierre Groning, head of the Brussels Office of German Chemical Industry Association, described the EVFTA as a deal with a country whose economy is complementary to the EU’s.

Vietnam is a big producer of many products and can meet the EU market’s demand. It is also able to import a number of EU products, including chemicals, he said, expressing his belief that his association’s chemical exports will increase strongly once the pact takes effect.