European firms remain optimistic about business situation in Vietnam
European companies have shown their optimism about their business activities in Vietnam in both the third and fourth quarters, as seen in the Business Climate Index (BCI) released by the European Chamber of Commerce in Vietnam (EuroCham) on November 6.
Go Back 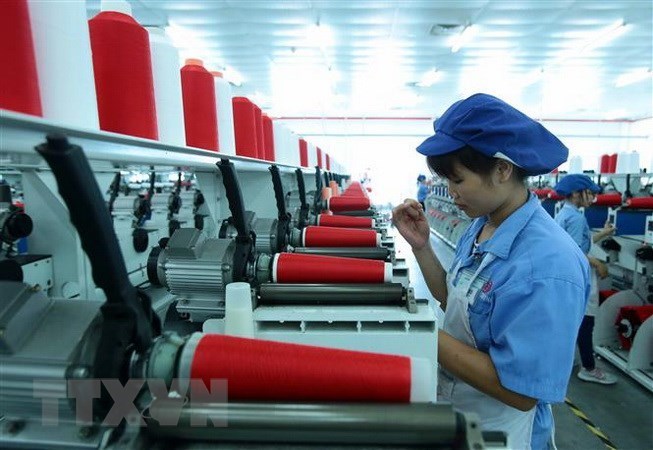 The Business Climate Index for Q3 stood at 81 points, the second highest level since late 2016

EuroCham said despite a slight BIC decline from Q2, when the index hit an 18-month high, European firms’ sentiment in Q3 remained positive, reflecting their confidence in Vietnam’s trade and investment environment.

EuroCham member businesses reported good performance between July and September, with 57 percent describing it as “good” and 10 percent as “excellent”. Only 8 percent gave negative responses.

Regarding their outlook for Q4, the respondents remain optimistic with nearly 60 percent believing that their business situation will be “good” and another 11 percent answering “excellent”.

In the survey, more than 50 percent of the interviewed firms said they will expand their workforce in Q4. The same rate of European companies said they will increase investment this quarter with 40.9 percent anticipating a “moderate increase” and 10.8 percent expecting a “significant increase”. Only 6 percent plan a reduction in their investment.

EuroCham Co-Chairman Nicolas Audier said European investors now want to enter the Vietnamese market and expect the ratification of the EU-Vietnam Free Trade Agreement. Therefore, EuroCham will continue working to promote the ratification of this historic deal and encourage trade and investment activities of European businesses in Vietnam.