European firms remain upbeat on Vietnam business situation
The assessment of Vietnam’s business situation by European companies in the second quarter of this year is positive, with 66.7 percent of the respondents describing it as “excellent” or “good”, a survey found.
Go Back 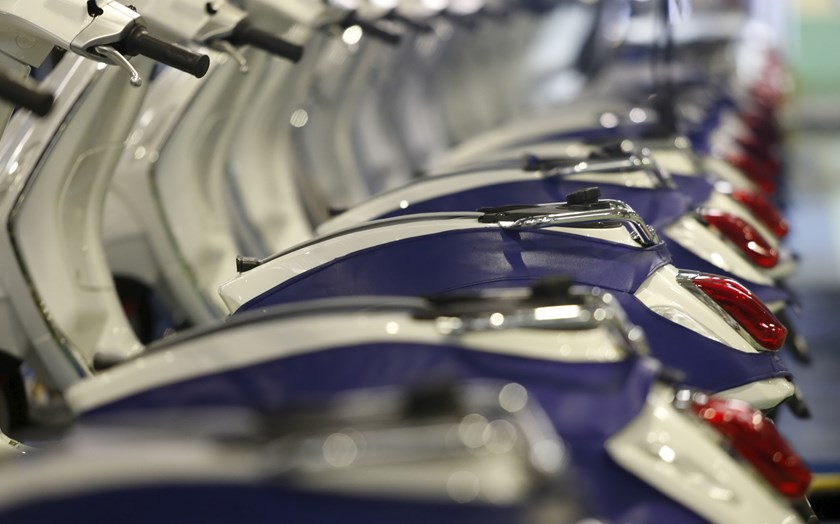 Scooters are seen on the assembly line at a Piaggio scooter and motorcycle factory in the northern province of Vinh Phuc in April 2015. Photo credit: Kham/Reuters

According to the European Chamber of Commerce in Vietnam (EuroCham), its survey showed that the positive perception of the current business performance amongst the respondents may have spilled over to a positive business outlook perspective, with 9.4 percent assessing it as “excellent” and 54.2 percent as “good”.

Asked about the macroeconomic outlook for Vietnam in the next quarter, 56.3 percent indicated “stabilization and improvement”, 9.4 percent expected a deterioration and 34.4 percent thought it would not change.

Around 49 percent of the respondents expected the number of orders or revenues to increase slightly in the next quarter.

Thus, responses to investment and headcount development plans were also positive: 43.8 percent of respondents said they would increase investment, while 43.7 percent expected an increase in headcount.

A very small number of respondents said they plan to reduce their headcount (4.1 percent), while 50 percent said they would maintain the same level.

EuroCham’s chairman, Michael Behrens, said in a statement that the results for the second quarter showed “positive expectations for the near future and consistent satisfaction with the present situation.”

“EuroCham members maintain a positive view on the Vietnamese market and their business operations in the country, a result which does not differ from our last survey. This is a good sign for the current implementation of the EU-Vietnam Free Trade Agreement, which is expected to strongly enhance European business and investment.”

The survey was sent out to 883 European investors in Vietnam before the UK referendum on June 23, meaning the result had no bearing on it.