Home » Press » Expect even stronger investment flows from EU, US in 2016: economists

Expect even stronger investment flows from EU, US in 2016: economists
Several new trade pacts will help Vietnam attract more foreign investors next year as the country will become more open and better connected to some of the world's largest markets, economists say.
Go Back 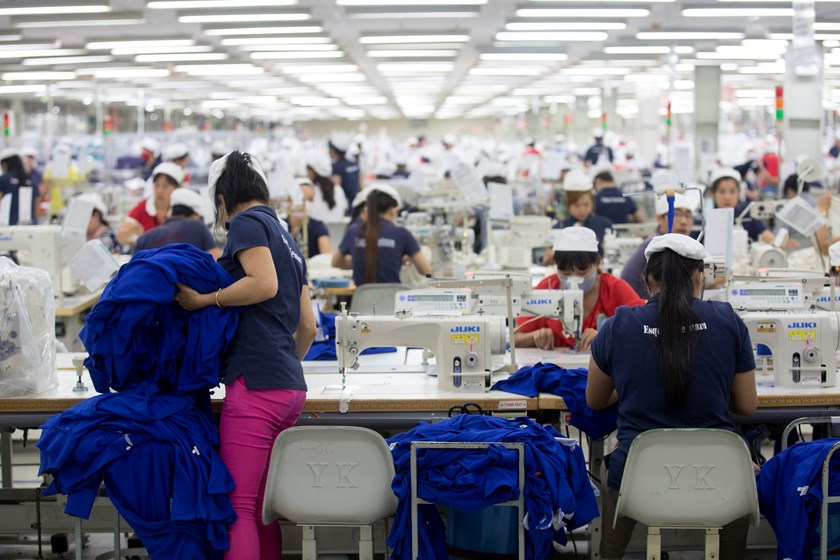 Several new trade pacts will help Vietnam attract more foreign investors next year as the country will become more open and better connected to some of the world’s largest markets, economists say.

Among the free trade agreements (FTAs), the pact with the EU and the Trans-Pacific Partnership (TPP) are expected to bring the biggest opportunities for Vietnam in luring foreign investment, said economist Vo Tri Thanh.

Investors in Vietnam could benefit from low tariffs and boost exports to top markets, including the EU, the US, Japan and Australia, he said.

The newly-signed FTA with the EU, for instance, will remove more than 99 percent of tariffs on goods traded between the two economies over a period of seven years.

Meanwhile, the TPP is expected to boost shipments within the bloc of 12 Pacific-rim nations, which accounts for 40 percent of the global economy. Negotiations on the deal have been recently completed and it is now pending the approval of the countries’ legislatures.

But Thanh said the two trade deals will do more than just lowering taxes. With conditions on state-owned enterprises, e-commerce, labor, environment and intellectual property rights, the pacts will create a fair and transparent business environment for foreign investors, he said.

The TPP is considered the biggest magnet for US investment in Vietnam, Thanh said.

“The US now is the seventh biggest foreign investor in the country, but I believe it will become the biggest in the future,” he said.

A recent event that underlined US investors’ increasing interest in Vietnam was a visit by more than 30 business executives seeking investment opportunities in construction, according to the Foreign Investment Agency.

Many US conglomerates like Nike and Mast Industries plan to move a major part of their manufacturing activities to Vietnam, the agency said, pointing out that tech giants Microsoft and Intel have already made the move here from China, where labor costs have rapidly increased.

Around 57 percent of US companies operating in Southeast Asia consider Vietnam the most attractive investment destination, it said, citing a survey by the American Chamber of Commerce in Singapore.

Nguyen Mai, chairman of the Vietnam Association of Foreign Invested Enterprises, said: “Investors are more interested in Vietnam as the country integrates more deeply into the global economy.”

“FTAs that Vietnam has signed like those with the EU and South Korea, or completed negotiations like the TPP show that Vietnam is continuing to open its door.

“More investment will be coming in next year and the following years,” he said.

New FDI pledges between January and November rose 1.1 percent to $13.55 billion from the same period last year, while the additional funds for existing projects were estimated at $6.67 billion in the period, according to the General Statistics Office.

More than half of the new investment pledges went to the processing industry, followed by the energy and property sectors. South Korea was the biggest foreign investor.

Samsung Electronics, in May, started to built its third factory in Vietnam. The US$1.4 billion plant, being developed on a 70-hectare area in the Saigon Hi-Tech Park, is expected to start production from the second quarter of next year. It will produce latest generations of smart TVs for the South Korean tech giant.

Since it made its foray into the Vietnamese market in 1995, Samsung has invested about $13 billion in the country, official figures showed.

Apart from electronic products, Samsung is working on plans to invest in Vietnam’s infrastructure projects, which will potentially increase its total investment in the country to $20 billion.

Mai said Vietnam has emerged as an attractive destination for foreign investors. But there are still some shortcomings, for example tortuous customs and tax procedures.

“If the issues are not resolved, Vietnam will lose its appeal. Vietnam should consistently improve policies on its own, and not only when there is pressure from foreign investors.”
Amid rising FDI pledges, there are concerns that many projects continue to be delayed for a long time. In fact, some provinces have had to pull the plug on sluggish projects, even after they themselves spent a lot of money on site clearance.

Authorities in the northern province of Vinh Phuc in June recalled the license of a $200-million factory planned by the world’s largest electronics manufacturer Foxconn.

The Taiwanese company, which has partnered with many giants including Apple and BlackBerry, failed to start the project licensed in 2008.

The central city of Da Nang has recently decided to revoke the license of another hi-tech project.

The US-invested $278-million Da Nang Hi-Tech Park was expected to model after Silicon Valley when coming into operation in 2023. However, the investor has done nothing since 2013.

Mai said local authorities should be very careful in licensing.

“Our country has seen hundreds of projects delayed due to failure to carefully assess them before licensing them.”