Experts praise local franchising potential
Viet Nam is showing huge potential for franchising, with dozens of franchises having been established and more new brands expected to enter the market in the next five to 10 years, according to analysts.
Go Back 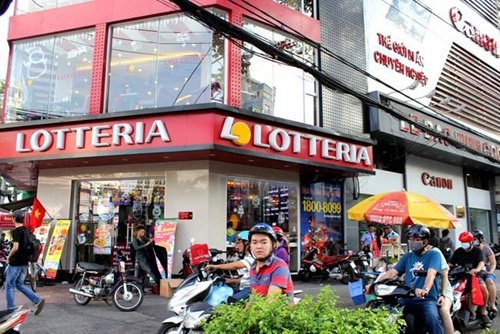 Figures from the Ministry of Industry and Trade show that since 2007, more than 144 foreign franchises have been licensed in the country.

Dinh Thi My Loan, chairwoman of the Viet Nam Retailers Association, said with its high growth rate, 90 million population — of whom 60 per cent are young consumers — and modern trade channels accounting for just 25 per cent of retail business, the country is an attractive retail market for foreign investors.

Sean Ngo, director of Viet Nam Franchise Consulting, said the number of franchises in Viet Nam was forecast to increase substantially given the establishment of the ASEAN Economic Community and the number of free trade agreements the country has signed.

The food and beverage industry has seen franchising develop strongly, especially in the fast foods segment, he said.

Food consumption in the country is expected to grow by 61.6 per cent between 2012 and 2017, while nearly 50 per cent of household expenditure is on food and beverages, he said.

In the 10 leading food groups, only two still own more than 50 per cent of their outlets.

She said franchising had considerable potential in more sectors, like education and healthcare.

But to be successful, franchisees need to make sure they have a good business plan and management, she said.

The biggest mistake Vietnamese franchisees make is that they spend a lot of money to buy the franchise but not to build a management team to run it, she said.

Franchising ‘in its infancy’

Van said the franchise market in Viet Nam was still in its infancy, and when foreign franchises came to the country, local firms could learn from them how to create their own franchises in the future.

Vietnamese companies could become global franchisers in the food sector, but their poor management prevents them from doing so, she said.

She and the others experts were speaking at the Viet Nam International Retail and Franchise show held in HCM City last weekend.