Experts warn of ‘startup chaos’ in Vietnam
Nguyen Huu Thai Hoa, chair of the board of directors of IBosses Program in Vietnam, at the launch ceremony of the Vietnamese version of the book ‘IBosses – The Rise of Gen Y entrepreneurs’ commented that Vietnam is in ‘startup chaos’.
Go Back 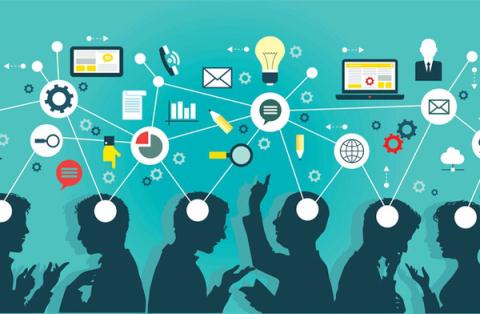 Young people often start their own business when they fail to find jobs at companies.

Hoa said that with the current training programs applied by universities and junior colleges in Vietnam, which focus on theoretical knowledge, young people do not have experience in the fields in which they want to work.

He went on to say many young people start up their business because of failure in getting paid employment, they rarely have creativity and will once again fail to operate an effective business.

Do Duc Kha, deputy head of the Vietnam Institute for Entrepreneur Training and Development, said that Vietnam is witnessing  ‘startup chaos’ because of the high number of bachelor’s and master’s degree graduates.

The latest report of MOLISA (Ministry of Labor, War Invalids and Social Affairs) shows Vietnam has 237,000 unemployed with higher education levels. Many of them have decided to run a business of their own.

According to Kha, 95 percent of startup projects in Vietnam fail.

The necessary knowledge and skills needed for businesses can only be obtained after experience in many jobs and practice. “How will a person start up if the bachelor’s degree is the only thing he has?” he said.

Agreeing with Kha, Dang Ngoc Dinh from CECODES (Center for Community Support Development Studies) said the educational system in Vietnam still attaches too much importance to qualifications and not creativity.

The term ‘startup chaos’ refers to the movement of young people following the crowd to run businesses themselves. Most of them are unemployed university graduates.

“This is not a substantial startup,” he said.

The updated bulletin on Vietnamese labor market released by MOLISA on December 26, 2017 showed that 1.07 million workers were unemployed in the third quarter of the year, a decrease of 6,800 workers compared with the previous quarter and 42,900 compared with the same period last year.