Faint imprint of French businesses in Vietnam
French President Hollande’s visit to Vietnam is expected to pave the way for new business opportunities, even though France’s trade and investment activities in Vietnam remain unimpressive.
Go Back 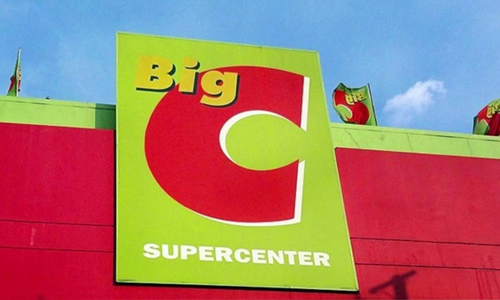 Except for Sanofi-Synthelabo, the French pharmacy brand which has been in Vietnam for 50 years, other French investors mostly came to Hanoi and HCM City in the 1990s, when Vietnam began opening its market and called for foreign investment.

BNP Paribas, which arrived in Vietnam in 1989, was one of the first French businesses which came to Vietnam. It now holds stakes in Vietcombank, one of the largest commercial banks where the state is the largest shareholder.

However, French businesses are not big investment partners in Vietnam. According to the Foreign Investment Agency (FIA), by the end of 2015, France had had 448 valid foreign direct investment (FDI) projects in Vietnam, worth $3.4 billion.

It ranks 16th among countries and territories in the list of largest foreign investors in Vietnam.

In the first eight months of the year, France ranked 17th with 25 newly licensed projects and seven expanded projects with total investment capital of $138.99 million.

The French Embassy in Vietnam confirmed that there were 300 French businesses operational in Vietnam, most of which are small and medium ones.

In recent years, many French businesses either sold parts of their stakes to reduce the ownership ratios in enterprises or sold enterprises to leave Vietnam.

In 1990, Proconco, the Vietnam-France joint venture, specializing in making animal feed, was established, in which the French partner contributed 51 percent of capital. It quickly became well known for its ‘Cam Con Co’ brand.

However, in 2015, Masan Nutri-Science, a Vietnamese company, officially acquired 51 percent of Proconco’s stake.

The deal in which French Casino Group sold Big C Vietnam to Thai Central Group for 1 billion euros was a noteworthy business event in 2016. Prior to that, in January, about 100 workers for eXo Platform in Hanoi were surprised when the French open source software firm suddenly shut down without any notice in advance.

Sources have said that Danone Vietnam, a subsidiary of Danone, the French dairy producer which owns the famous Dumex brand, would stop operation in several days.

The brightest part in Vietnam-France relations is trade. According to the French Embassy in Vietnam, France’s exports to Vietnam increased by 85.3 percent in 2014-2015, reaching 1.4 billion euros in 2014.