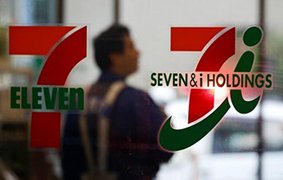 The 7-Eleven convenience store will come to Vietnam to bank on relaxed rules on establishment of new businesses and strong growth in the retail market.

In May this year, the Government announced a plan to relax requirements for opening small shops with floor space of 500 square meters or less. The rule may go into effect by the end of the year.

Vietnam’s growing middle class makes the retail market look increasingly appealing. The market was projected to reach U$109.8 billion last year, up 2.4 times from five years earlier. The figure is predicted to rise to US$179 billion in 2020.

The first 7-Eleven would open in HCMC and Seven & I Holdings plans to have 100 stores in the first three years and 1,000 over a decade.

International media said foreign companies are also rushing in to grab a share of the fast growing retail market of 93 million consumers.

In 2014, Japan’s Aeon opened its first shopping mall in Vietnam. It is located in HCMC.

It has since inaugurated three more in Hanoi and elsewhere in the country, according to Financial Times.

While foreign firms have advantages in terms of capital, shop design and product diversity, local operators are fighting back.

Real estate developer Vingroup bought a local supermarket in October 2014 to enter the retail industry and began opening VinMart+ convenience stores in the second half of 2015. It now operates 880 stores in Hanoi and HCMC.

Vingroup is taking advantage of its knowhow in the real estate business and says it is acceptable if 30% of new outlets are unprofitable for some time. Vingroup also plans to open 400 shopping centers by the end of 2019, as well as home appliances shops.

Vietnam has signed a number of trade free agreements (FTA) including the Trans-Pacific Partnership (TPP).

According to a Vietnam Chamber of Commerce and Industry (VCCI) research project conducted in June this year, the local retail market will see fiercer competition from TPP and EU investors.

Meanwhile, under commitments to the FTAs Vietnam will allow more goods and electronic products to enter the domestic retail market.