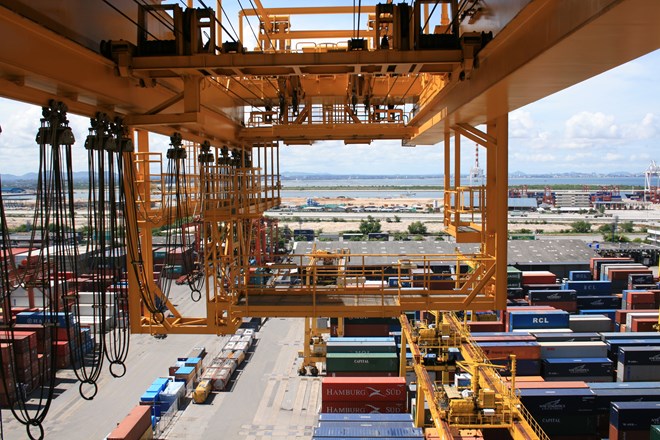 Of the 12 TPP member states, models suggest Vietnam would see the biggest benefits in terms of economic impact, it said in a report.

According to the estimates of a study by Petri, Plummer and Zhai, Vietnam could see a positive economic growth effect in excess of 10% over the 10 years to 2025 under the TPP agreement. Fitch projects that the agreement would have significant impact on two key areas in Vietnam – trade and domestic economic policy.

The free trade elements of the TPP will lower tariff barriers, giving Vietnamese products greater access to large export markets in the U.S., Japan, Canada and Australia. TPP nations accounted for 39% of Vietnam’s total exports and 23% of its imports in 2014.

Besides, the potential positive effect on trade could be transformative, with the aforementioned study estimating the TPP will boost Vietnam’s exports by over 37% over 10 years. Notably, Vietnam in August also concluded the terms of a free trade deal with the European Union (EU), putting it on course to complete free trade agreements with three of its four largest export destinations – the EU, Japan and the U.S.

As such, the TPP has the potential to act as a key policy anchor for structural reforms and economic liberalization that could bolster productivity and foreign investment for Vietnam.

Strong and improving macro-economic stability was a key driver of Vietnam’s upgrade to ‘BB-’ in November 2014.

But further upside for Vietnam’s rating will likely continue to be challenged by wide fiscal deficits and high public debt. Fitch estimates the general government deficit will rise to 6.9% of GDP in 2015 from 6.1% in 2014.

Public debt levels (excluding guarantees) have grown to 45% of GDP, though this is broadly in line with the ‘BB’ peer median of 41%. External finances have been strength for Vietnam in recent years, but a pick-up in credit growth thus far in 2015 has spurred demand for imports and squeezed the trade account. Fitch estimates this will likely drag the current account surplus to less than 1% in 2015 from 5% in 2014.

Implementation risks could be significant as the TPP agreement heads to national legislatures for ratification. Opposition in the U.S. from the Congress and leading presidential candidates in the lead up to the 2016 elections there could yet scupper or delay the TPP.

Within Vietnam, while ratification is more likely, there could be difficulties in implementing some areas of structural reform.