FMCG market forecast to grow at 5 per cent this year
Sales of fast moving consumer goods have slowed down this year in both urban and rural areas, according to Kantar Worldpanel, a global expert in shoppers’ behaviour.
Go Back 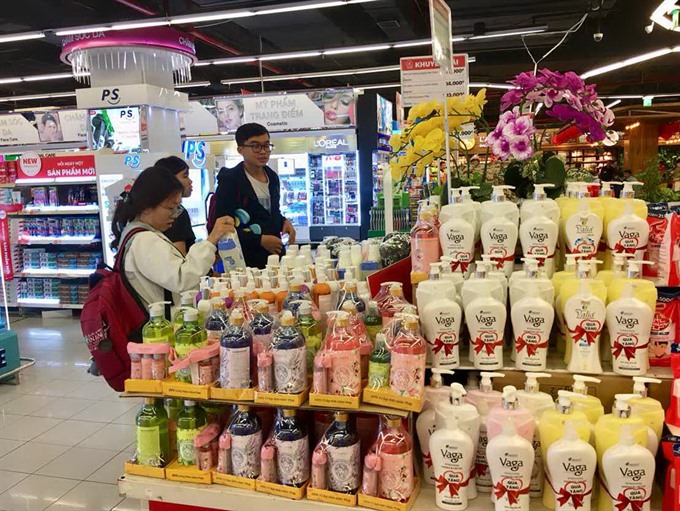 The rural market grew at 5.7 per cent while the urban market (mainly the four cities of Hà Nội, HCM City, Đà Nẵng and Cần Thơ) grew at 2.5 per cent.

In the full year the segment is expected to grow at around 5 per cent, according to Kantar Worldpanel.

Personal care products led the growth in both urban and rural areas, followed by beverages.

Though all sectors recorded a positive performance in rural areas, sales of dairy and packaged foods were down in urban areas.

However, new product categories and those offering convenience such as cream dessert, ketchup, cheese, and chilli sauce saw solid growth in urban areas.

Cakes stood out with double-digit growth in both urban and rural markets.

Consumers could treat cakes as a quick meal or a break-time snack with nutritional ingredients, promising opportunities to grow further, the report said.

Modern channels continued to expand rapidly with more local and international players entering the race. The mushrooming of mini-stores in the four cities reflected consumers’ demand for convenience and fast service.

The report said it could be a sign of another interesting year for modern retail.

The FMCG market has become much more innovative over time, especially the personal care and packaged foods sectors, it said.

Constant innovation is essential to respond to changes in consumers’ needs and expectations, but not many recent launches could hit their trial base unlike in the past and some even struggle to keep buyers repurchasing, indicating fewer successful innovations, it said.